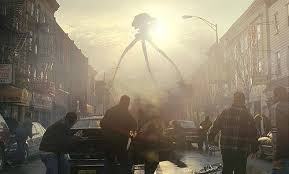 Competition for dwindling supplies of natural resources is at the heart of global economic and political conflict. It’s an open wound that will no soon heal. While the UN holds conferences on Sustainability the true power players are under the cloak of vying for the remaining resources of the world. Exploiting every region and its peoples, these nations and financial institutions could give a rats ass about human suffering. They hold their grand conferences while behind the scenes the keep on digging deeper, polluting more, toxifying what remaining water and food sources we have. Even in what they want for the future (here) you can see the actual non-commitment and non-cooperation in their continual use of such terms as “We acknowledge..”, “We recognize…”, “We encourage…”, “We view…”, “We note…”, “We reaffirm…”, “We underscore…”, etc. all leaving it up to someone else to actually do something, but for us we’ll just acknowledge, recognize, view, note, encourage, reaffirm, and underscore the need for such sustainability, but we reserve the right to not do it ourselves… Ah the modern diplomat, such a wonderful thing the United Nations, or should we term it the Disunited Nations and be done with it?

Spiegel Online says we’re already in the midst of a new Cold War over these resources. As Eric Follath remarks: “We live in an age of dramatic distribution battles over resources that are becoming increasingly scarce and yet required in ever-growing amounts. It’s also an age in which international politics are increasingly determined by questions of energy security. The cards are just now being reshuffled for potential winners and losers. Americans have discovered India as a new strategic partner, and energy-hungry China is making overtures to its old rival Russia.” (here) The Guardian reports that “the global battle for natural resources – from food and water to energy and precious metals – is only beginning, and will intensify to proportions that could mean enormous upheavals for every country, leading academics and business figures told a conference in Oxford on Thursday.” (here)

Amartya Sen, a Nobel prize-winning economist, said that the free market would not necessarily provide the best solution to sharing out the world’s resources. Governments would need to step in, he said, to ensure that people had access to the basics of life, and that the interests of businesses and the financial markets did not win out over more fundamental human needs.

Since 1982, the determination of offshore boundaries and territorial waters has been governed by the United Nations Convention on the Law of the Sea. The treaty allows each coastal nation to establish an “exclusive economic zone” (EEZ) extending two hundred nautical miles out from its shoreline, within which it is entitled to control the exploitation of all natural resources, including those lying beneath the ocean bottom.1 Governments are tightening the reigns around their perimeters, their sovereign borders, preparing defenses and surveillance to ward off any outside forces from pirating their resources. In the Artic many nations are staking claims as fast as they can to the remaining oil fields. As Michael Klare remarks the world is entering an “era of pervasive, unprecedented resource scarcity”. (ibid.)

Yet, it is not just Oil and Gas, it is also water and food. As Klare states it: “To guard against inevitable food shortages, government-backed agricultural firms in China, South Korea, Saudi Arabia, and the United Arab Emirates are already buying vast tracts of arable land in Africa and elsewhere to produce food for consumption at home. Many private investors and hedge funds in the West are pouring money into similar ventures. Such “land grabs” are being greeted with growing anxiety and hostility in the developing world, where land is scarce and hunger never absent. As the planet warms, the pursuit of these overseas food factories will no doubt become more intense— as will resistance from those who see them as a threat to their survival.” (ibid. KL 215-219)

The problems is simple: everything we expropriate from these areas represents all that remains of the planet’s once abundant resource bounty. In all likelihood, we are looking at the last oil fields, the last uranium deposits, the last copper mines, and the last reserves of many other vital resources. These materials will not all disappear at once, of course, and some as-yet-undeveloped reserves may prove more prolific than expected. Gradually, though, we will see the complete disappearance of many key resources upon which modern industrial civilization has long relied.

What does all this mean? Simple: our technocapitalist civilization which relies on these resources to sustain itself is terminal, it’s running out of everything it needs to drive its technology and capital productivity. Unless we plan on moving to some other planet we’re shit out of luck ladies and gentleman, the show at some terminus in the future will grind down to that inevitable marker of zero. Caput!

Geoff Hiscock in Earth Wars: The Battle for Global Resources tells us that  by 2050, the emerging world—including China and India—will have increased its output fivefold and will be larger than the developed world. Nineteen of the top 30 economies by gross domestic product (GDP) will be countries that it currently labels as emerging. China and India will be the largest and third-largest economies, with the United States as No. 2. Japan will be fourth, followed by Germany, United Kingdom, Brazil, Mexico, France, and Canada in the top 10. Russia would rank fifteenth. HSBC predicted that “substantial progress” would be made by a host of other emerging economies, including Turkey, Indonesia, Egypt, Malaysia, Thailand, Colombia, and Venezuela, all of which would rank in the top 30.15 China, with its massive pile of foreign reserves ($3.2 trillion at October 2011), has the money to buy virtually whatever it wants—assuming it can keep its society together. With $320 billion, India has only a tenth of China’s reserves, but it is pursuing the same determined scramble for resource security. The United States, Europe, and Japan are not likely to give up easily in their own pursuit of ever-higher living standards through investments in technology and productive growth.2

Many of the neoliberal pundits tell us this is all inevitable, that China and India will probably become the victors in this because of natural resources within their own domains. They also tell us there will be an elite of several million super-rich, while hundreds of millions of Indians and Chinese will move to middle-class status, with a concomitant appetite for food, water, metals, and energy on a grand scale. Yet equally, many millions of their fellow citizens will remain trapped in poverty, with little in the way of job prospects or access to the good life they might see around them.

Already we see the rumbling beginning as disputes over the South China Sea brought Hilary Clinton to say: “The United States supports a collaborative diplomatic process by all claimants for resolving the various territorial disputes without coercion. We oppose the use or threat of force by any claimant. While the United States does not take sides on the competing territorial disputes over land features in the South China Sea, we believe claimants should pursue their territorial claims and accompanying rights to maritime space in accordance with the UN convention on the law of the sea.” (here) With China cornering the market for Rare Earth Metals one CEO Mark Smith of Molycorp Minerals stated flatly: ““What we need to be careful of is that we don’t unknowingly change our dependence on foreign oil to a new dependence on Chinese rare earths, the one thing that cannot change in electric vehicles or hybrid vehicles is the use of permanent rare earth magnets in the motors and generators. There is simply no substitute for those magnets.” (here)

EcoWar blog posted a map of twelve of the most contested regions that these larger nations are targeting in their battles for the world’s last resources: here. Very few of these books and information sites even begin to relate to us the human and environmental impact that these wars for resources have on our future prospects. Yet, as the UN Conference on Sustainable Development recently related: “the briefing warns of a hidden crisis in environmental protection, highlighting a pervasive culture of impunity around such violence, a lack of information, reporting or monitoring of the problem at national and international levels, and the involvement of governments and the domestic and foreign private sector in many killings. As one commentator on global witness said: “The highest numbers of killings were found in Brazil, Colombia, the Philippines and Peru. In these and other countries (Cambodia, DRC, Indonesia), there are sustained concerns about domestic and foreign private sector involvement in the killings of defenders.” (here)

Business like, Hiscock relays that “at the corporate level, the global contest comes down to this: the big miners and oil companies have the advantage of incumbency for now, but the cashed-up national oil and metals companies of China, India, and Russia have the money to change that by acquisition. They are likely, though, to take a more cooperative approach than the hostile takeover or the go-it-alone attitude. We can expect to see more partnerships that bring together technology, funding, market access, and political connections to exploit new resources.”  (Kindle Locations 5420-5423).

The conspicuous term here is ‘cooperative’ which seems to me a little bit displaced in all these efforts of such competition and capitalistic wars. Looks like to me whatever partnerships are formed will be those of gangs and thugs vying for the remaining dregs to support their ever deteriorating City-States and depleted territories. Also notice the use of the term ‘exploit’ new resources, ah the hidden agenda that belies the truth that under the hood of all this cooperation is to invade local regional populations and strip them of their livelihoods, resulting mining pollution includes toxic contamination of water supplies, etc. What a wonderful word: ‘exploit’, as if it were just another business term, a financial transaction among partners. But one thing for sure: we’re all in this bucket of shit together. Don’t you think it’s about time we slopped that bucket on our Financial and Government Overlords?