If we don’t see this, if as a consequence of our cynical pragmatism, we have lost the capacity to recognise the promise of emancipation, we in the West will have entered a post-democratic era, ready for our own Ahmadinejads. Italians already know his name: Berlusconi. Others are waiting in line. 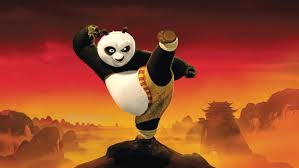 Zizek asks: “Is there a link between Ahmadinejad and Berlusconi? Isn’t it preposterous even to compare Ahmadinejad with a democratically elected Western leader?” Sad as it is he comes to the pessimistic conclusion that the two leaders are part of the same “global process”. Even if Zizek intends a communist future, he is more pessimistic in that he envisions that we could take another path. He quotes Peter Sloterdijk who once remarked that “if there is one person to whom monuments will be built a hundred years from now it is Lee Kuan Yew, the Singaporean leader who thought up and put into practice a ‘capitalism with Asian values’.” Even China is modeling its future on the logic of Singaporean success. Like a viral meme that is infecting the socio-culture nets of our postmodern cities the “link between democracy and capitalism” has finally been severed. Like zombies in a second rate film we move fitfully and without purpose, consuming everything in out path knowing full well that we have given ourselves over the embedded mechanisms of control that have become so habitual and invisible that we no longer even know they were at one time the pure substance of propaganda. Governance has disappeared into our neuralnets like artifacts from the future controlling the very processes of productive thought.

Democracy is an empty shell he tells us. Capitalism no longer needs democracy to prop up its illusionary scaffolding. Democracy everywhere in the world has become an experimental laboratory where our future is being worked out. If our political choice is between “permissive-liberal technocratism and fundamentalist populism”, then the great choice of the future is a marriage of the two. Zizek reminds us that the “dignity of classical politics stems from its elevation above the play of particular interests in civil society: politics is ‘alienated’ from civil society, it presents itself as the ideal sphere of the citoyen in contrast to the conflict of selfish interests that characterise the bourgeois.” Now our neoliberal Leaders have effectively abolished this alienation: in today’s democracies, state power is directly exerted by the bourgeois, who openly exploits it as a means to protect their own economic interest, and who parades their personal lives as if they were taking part in a reality TV show. And, the funny thing is, that they truly are. One need only turn on the TV to any cable network and find it littered with Reality Shows more fantastic and fictional that reality itself.

Every night we watch the news our media moguls dish out to us an ever more preposterous series of repetitive time bombs that seem to repeat the same message: you need us, we will protect you, the world is a bad place, government can solve your problems, just continue buy more and more of our sponsors products, everything will turn out ok. In their fictional universe our Leaders are all clowns, but as Zizek remarks “we shouldn’t be fooled: behind the clownish mask there is a state power that functions with ruthless efficiency”. The ideological fictions we live in are more like bad cartoons. He explains it using a cartoon movie:

Kung Fu Panda, the 2008 cartoon hit, provides the basic co-ordinates for understanding the ideological situation I have been describing. The fat panda dreams of becoming a kung fu warrior. He is chosen by blind chance (beneath which lurks the hand of destiny, of course), to be the hero to save his city, and succeeds. But the film’s pseudo-Oriental spiritualism is constantly undermined by a cynical humour. The surprise is that this continuous making-fun-of-itself makes it no less spiritual: the film ultimately takes the butt of its endless jokes seriously. A well-known anecdote about Niels Bohr illustrates the same idea. Surprised at seeing a horseshoe above the door of Bohr’s country house, a visiting scientist said he didn’t believe that horseshoes kept evil spirits out of the house, to which Bohr answered: ‘Neither do I; I have it there because I was told that it works just as well if one doesn’t believe in it!’ This is how ideology functions today: nobody takes democracy or justice seriously, we are all aware that they are corrupt, but we practise them anyway because we assume they work even if we don’t believe in them. Berlusconi is our own Kung Fu Panda. As the Marx Brothers might have put it, ‘this man may look like a corrupt idiot and act like a corrupt idiot, but don’t let that deceive you – he is a corrupt idiot.’

Zizek warns us that the future coming at us is one where the ‘state of emergency’ is permanent. Agamben’s notion of homo sacer – the figure excluded from the civil order, who can be killed with impunity – is being realized everywhere and without impunity. Freedom is another word for slavery. In search of security we have allowed ourselves to be put into chains. There is no exit door from this insanity. Barbarism with a human face. The kindness will kill you, literally.