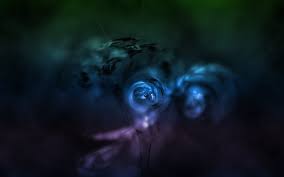 So far Ben Jeffery’s book on Houellebecq has been nothing but a dark ride into depressive realism, not in the clinical sense but in the literary critical sense. I’m enjoying it: if you can call enjoying a pessimist, misanthropist, misogynist, anomieist (he subverts every norm beyond recognition)… you name it the Houellebeq’s not you’re average cynical author out for laughs… actually he’s a rather nasty bastard whose only redeeming factor is his black humor. But then again he’s portraying our own culture, and the bottom feeders at that… like a marriage of noir and rotgut on steroids, except unlike noir where despair usually ends in the outer limits of sadomasochism… Houellebeq  turns it all inside out: instead of s/m we get the real bloodmaul, a sacrifice that bleeds the psyche dry… This guy’s like a walking tomb, an agent to the Black Mass, a slow freeze in a steel furnace. If someone thought that meth was a good idea, then this guy is meth without the speed. Hell is gaping and this guy is its emissary, except that metaphysical hells still offer solace – even if only for the lost. With Houellebecq you get no solace and no metaphysical rubbish: the only thing you get is pure and unadulterated emptiness, the void beyond the thin red line, a pit so dark you’d think you were dreaming except in this black prison there are no keepers, only weepers…

An instance of this is the rendition in Whatever where the protagonist, an anonymous freak, your typical psychopathic office jockey: full of himself, blind to others, a real narcissist type, suddenly wakes up from his comatose life after a fellow employee, Raphaël Tisserand, dies in a car wreck driving home from work on Christmas Eve. The nameless protagonist, a manipulative sociopath who has for the most part enjoyed his little torture games with Tisserand suddenly falls apart, has a break down and finds himself in a mental ward at a hospital. This isn’t one of those absurdist romps like Ken Keysey’s One Flew Over a Cuckoo’s Nest, this is more of joe schmo gets what’s coming to him:

After checking himself into a psychiatric hospital, the hero is confronted by a female counsellor who chastises him for speaking in overly abstract, sociological terms. His effort at self-analysis emerges: ‘But I don’t understand, basically, how people manage to go on living. I get the impression everybody must be unhappy; we live in such a simple world you understand. There’s a system based on domination, money and fear [and there’s a] system based on seduction and sex. And that’s it. Is it really possible to live and believe that there’s nothing else?’ Afterwards, he asks the counsellor if she would sleep with him. She refuses. (14-15)1

Ben Jeffery makes a comment on this, saying: “It is not that Houellebecq is a reactionary writer exactly. For example, it is never suggested that religious faith is the solution to his character’s dilemmas; the books are all resolutely atheist.” (15) But I guess Jeffery has never heard of the likes of Mencius Moldbug, neoreactionary atheist: not the sort of guy you’d want as a neighbor, believe me. Nick Land uses him as a pin cushion for his own merciless entertainment on his new blog Outside In. It would be sad to find Houellebecq in the company of such a Neanderthal, but hey we’re not all destined for the progressive farm, are we?

Ben Jeffery tells us that the term ‘depressive realism’ comes from a psychological study performed by Alloy and Abramson in 1979 which suggested that depressives routinely demonstrate better judgment about how much control they have over events (as opposed to non-depressives, who habitually over-estimate their control). Alloy and Abramson concluded that ‘depressed people are “sadder but wiser”… Non-depressed people succumb to cognitive illusions that enable them to see both themselves and their environment with a rosy glow.’(3)  A rosy glow? Have you read Koheleth’s book of late, believe me it’s no picnic. But I don’t think people read Houellebeq for wisdom, folks; no, his works lead one into silence not out of it. What you get with his books is just the stark obliteration of what it is – whatever that is is. Maybe a bucket of ashes over the head would do the trick, a sort of endless prayer to the Void. If Nietzsche was the first to put nihilism on the map, then Houellebecq took it into the abyss and zipped up the black hole to infinity. There is no escaping this dark world: helpless and alone you wander the circles of your own lost dreams.

Jeffery tells us that helplessness is the current running beneath all of Houellebecq’s narratives, the inability to either get what you want or change what you want; to avoid death or believe that death is anything except bad.(36) If your seeking solace for you lost soul Houellebecq’s books should not be on your priority list for self-help, rather think of self-loathing and sinking your head into a shit can:

This is the omega point of depressive realism. What good are books if you are sick, alone, and unloved? They are no good. At best they are make-believe to help us disguise the facts of life – but the facts remain, and they are unbearably heavy. Hence the dark joke at the bottom of the pessimist’s project is that it subverts itself. Ridiculing the futility of human action finally makes pessimism seem pointless, demonstrates the emptiness of its honesty. Depressive realism leads us up to an airless summit, and the wonder is how seriously we can take it; whether, despite itself, there is anything to be drawn from its negativity.(36)

He may lead me to the summit, but once I get there if he expects me to jump he’s got another thing coming. But that’s just it: that’s just what his pessimism leads too: that moment of pure depressive realism when you realize “You will die!” This is the Great Defeat, not some simple mindless jaunt into madness, but the stark cold facts of one’s useless existence spelled out in harsh black and white, no color here folks, just the dark contours of the psyche depleted of its last gestures. “This is not one defeat amidst life’s pleasures; it is the overwhelming end, a negation at once absolute and utterly private.”(77)

And what of staging his own death. In The Map and the Territory we come upon a Alfred Hitchcock moment, when the author himself makes a ghostly appearance, or should we say an offstage vanishing act:

That did happen the following day. “Author Michel Houellebecq Savagely Murdered” was the headline in Le Parisien, which devoted half a column to the news, though quite uninformed. The other papers gave it almost the same amount of space, without giving more details, mainly just repeating the communiqué from the prosecutor in Montargis. None of them, it seemed, had sent a reporter to the spot.

A Detective on the investigation wonders who would be capable of murdering this author, and gets a reply:

Houellebecq had lots of enemies, they had repeated, people had shown themselves to be unjustly aggressive and cruel toward him; when asked for a more precise list of them, Teresa Cremisi, impatiently shrugging her shoulders, offered to send him a press file. But when asked if one of these enemies could have murdered him, they both replied in the negative. Expressing herself with exaggerated clarity, a little like the way you address a madman, Teresa Cremisi had explained to him that you were dealing with literary enemies, who expressed their hatred on Internet sites, in newspaper or magazine articles, and, in the worst case, books, but that none of them would have been capable of committing physical murder. Less for moral reasons, she went on with notable bitterness, than because they would simply not have had the guts. No, she concluded, it was not (and he had the impression that she had almost said “unfortunately not”) in the literary milieu that you had to look for the culprit.

To stage one’s own death and have one’s revenge on one’s enemies to boot. Is this the last boon of taste or what? Yet, if there is any redeeming thing in Houellebeq’s works it all comes down to his own words as author on his own writing:

To this, only one reply: ultimately, you know nothing about it. … You will never really know this part of yourself which compels you to write. You will know it only through contradictory forms which merely approach it. Egotism or devotion? Cruelty or compassion? Any of these possibilities could be argued for. Proof that, ultimately, you know nothing about it; thus, do not behave as if you did. Before your own ignorance, before this mysterious part of yourself, remain honest and humble.

Maybe that’s all any of us can do: remain honest and humble before the mystery of our own lived lives. Whether that is enough is up to each and every one of us to decide. Maybe that’s what being a depressive realist is all about: looking at the horror surrounding one with unblinking eyes, a recording Angel that knows the truth has flown the coup, and all that’s left is the myriad lies (sorry, I meant stories) we tell ourselves in the night to help us survive this catastrophe we call life. As Ben Jeffery remarks:

That life is not an inevitable defeat is not a claim that can be defended in good faith. Not everyone is happy, or healthy, or loved – but everyone is caged in their own body, and in the deepest sense helpless over what happens to them, and everybody dies. In a certain state of mind that feels very like lucidity, the bad things appear so much more pertinent and insoluble and unutterably real that the idea of being sanguine or reasonable or ‘intelligent’ about them is almost hideous.(91)

For my previous review of Michel Houellebeq, Islands of the Mind: click here!