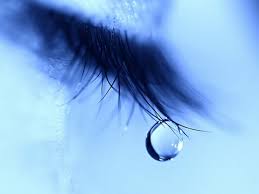 Let us take a limited example, and compare the war machine and the State apparatus in the context of the theory of games.

We seem to be caught in the vice between fascism and terror, like members of a forgotten tribe, forlorn and destitute we live in our wall-less cities like refuges from an asylum for abandoned hope. Our academy has become the streets of war torn cities, the twisted wastelands of shanty towns, the boneyards of former shipping lanes where the pirates of a new age filter through the debris of metal giants, leftovers from the future where our hopes and dreams blasted by the fluid war machines of a terrible peace were finally captured in this infernal Cage of Time.

The Dark Lords of this enterprise were not some mythical apparitions of our imaginal minds, but the mathematical algorithms of an insidious thought, a philosophy based on axioms of desire turned against us; the drives of life formulated by a twisted and fractured, fragile species seeking its own path to paradise. We discovered in the mythologies, epics, dramas, and games of our ancestors the true path to oblivion. The age old tools of peace and prosperity turned against us at last brought us to this place of misery and total destitution. We now live in the hell we sought to escape, no longer a mythic dimension of some poetic tribal memory, the linguistic musings of a Dante or Milton, we emerged from the cesspool of a glutinous poetry into this triumphal cave of idiocy and apathetic ineptitude. Children of Time we have conquered its last domains and found in the silences of its last circles the resting place of our kind, the eternity of a pure repetition, a prison house for our most secret desires.

Striated within the temples of a vast State we’ve learned the harsh lessons of tyranny at last. We’ve all succumbed to the Great Lie, to the interior paramour of a forbidden truth, the siren song of a great defeat: we allowed the knowledge of escape to entrap us in this eternal chamber of security and peace. Trapped in this hermetically sealed universe of hate and despair we’ve all attuned ourselves to the music of the dark precursor, to his terrible deeds and failures, to the memories scattered across the blades of time like so many leaves crumbling into the winter of our dying sun.

Having stripped ourselves of the last vestiges of our humanity we’ve entered the machinic realms like undulating serpents, modulated by the law of our kind, controlled by the mechanisms of an internal necessity. No longer free to choose our way, we’ve finally entrusted ourselves to the supreme entropy of endless bifurcation. Moving from splice to splice we divide ourselves into immaterial code, channeled by the indifferent gaze of the demiurgic void that is less than nothing. Nothingness itself has come home to roost, to deliver its final coup d’état.

Graced by the miracle of life we’ve invented a temple to death. The citizens of a new earth we’ve built our iron paradise in the ashes of a blasted humanity. Frightened by our own power we’ve entered these cages of steel like butterflies swarming in their death throes, hoping beyond hope to find the broken vessels of light, knowing that only our own darkness survives. The light was scattered into the black holes of a lost age long ago. Now we silently sit here in the pandemonium of our insipid thoughts unable to move forward or backward, caught in the frozen gaze of our fated Keepers. With no way out we have finally accepted the bitter truth: we alone caused this, we alone are responsible, we alone deserve this demonic paradise. There is no judgment day, there is only the judgment we’ve passed upon our own children, knowing that it is they who will inherit our terrible dreams…

Welcome to the paradise of tears…

1 thought on “Welcome to the paradise of tears…”