In general, the fundamental terms  of these different Gnostic theologies are the same, and at their core is  an attempt to conceive and determine what is in and for itself. I have  mentioned these particular forms in order to indicate their connection  to the universal. Underlying this, however, is a deep need for concrete  reason. 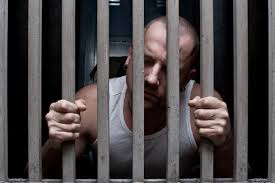 Walter Benjamin speaking of the strange power of objects, their fascination and splendor once remarked: “To perceive the aura of an object we look at means to invest it with the ability to look at us in return.” Benjamin discusses the aura in relation to Proust and to Leskov, but his most famous use of it is in “The Work of Art in the Age of Mechanical Reproduction,” where it is bluntly defined as loss–the precise loss ensuing from mechanical reproduction. The aura is thus an effect of distancing, of the refusal of authentic opening, and of the withdrawal of even the shadow of an object-world. It is in his essay “On Some Motifs in Baudelaire” that Benjamin raises his conceptual image of the aura to its greatest power, partly by deliberately confusing “aura” and “aureole,” a wholly unrelated word (except by punning). The aureole is the bright ring seen around a misty sun or moon, or else the halo of god, angel, or saint. The word is a form of the Latin for “gold,” aurum, and ought to be very different from Benjamin’s aura, which, as I once wrote, “is properly an invisible breath, or emanation; an air, as of nobility, characterizing person or thing; a breeze, but most of all a sensation or shock, the sort of illusion of a breeze that precedes the start of a nervous breakdown or disorder.”2

I was rereading portions of Philip K. Dick’s vast agglomeration of notes to himself, the Exegesis, caught as it is between paranoia and fantasy, gnosis and madness revealing not so much the literal truth as it does the symbolic truth we all seem to live. I kept thinking on Ruskoff’s typical analysis of our fascist corporatism that goes by the name of globalism in our time. I came across that section where Dick analyses the great conspiracy of the Archons or Wardens who have imprisoned us within this Prison World and kept thinking to myself: “Is there a hint of symbolic truth, a sort of Benjaminian truth here?”

In Feb. of 1974 I momentarily withdrew assent to the reality of this world; a month later this world underwent visible changes, and its true nature became perceptible to me: it is, as the Gnostics said, a prison. It is there, but it is not as it appears to be. The immediate reaction to the anomie in the world is to say simply that it is out of control. If it is there to reawaken us to our divine origins, however, its malign aspects serve a good purpose. What each of us must do is repudiate the world, which is to say, deny it while at the same time affirming a sanctified alternate reality…3

Now think on this: What if the world he withdrew from was not some literal envisioning of madness, but was truly a withdrawal (in the Virno and Berardi, Autonomia sense) from the capitalist system? That the true prison of this world is the Globalist Fascism that keeps us bound day to day to the illusions of its ideological framework (i.e., that it is good for us, that it has our welfare and our interest at its heart, that it gives us what we all want: pleasure and security… that, in other words, it is the Big Other of our imaginal needs). That all we have to do to be supported by this vast system of atrocity is allow this Big Other to have total control of our lives, to allow it to infiltrate our minds and emotional selves and guard our every thought with its unique blend of political and economic bullshit.

What if just like Dick in the passage above one day you wake up and realize you’re not so secure as you thought, that in truth the Wardens of this system do not truly have your best interest at heart, that in fact what they want is to create the illusion of freedom when in fact freedom is another word for total surveillance, for an open prison without bars in which your every last move is bound to both electronic and modal surveillance; as if the all-seeing eye of God were now the machinic eye of the State in our lives. Would you say with Dick that “what each of us must do is repudiate the world, which is to say, deny it while at the same time affirming a sanctified alternate reality…”? Each day you watch the mainstream media you are infiltrated by the systems propaganda, its illusive infomesh of ideas and images, controlled and swayed by the inanity of its commercials and infotainment spectacles. To withdraw from this vast system would be a form of depression, a great withdrawal, a trauma in our lives; and, yet, this is the very traumatic event we need, the one that awakens us to the logic of our own failure to see the truth of this lie.

It was a single act, a movement away from the first to the second. I think I’ve figured out the basic move necessary: an ethical balking. That is how the world-denying begins. That is the first step in unraveling the counterfeit quality of the world. The Gnostics stressed such a “metaphysical strike” and pointed out that the archons (who rule this prison world, the wardens) can only harm the body and mind but not the divine spark. It is a refusal to cooperate with a harmful world, which, once one has balked against it, reveals its ersatz quality. […] It probably is of extraordinary significance that repudiation of the mundane reality and acknowledgement of the transmundane is a single event or act, rather than two. The two realities cannot both exist, evidently. They are counter-realities. This is what the Gnostics believed: that the world stands between man and God, and must be eliminated. Who would expect that disavowing the world would instantly expose the divine on the far side of it?(Kindle Locations 5631-5639).

This move from the first world of Capital to an alternative realm of autonomia by way of an ethical act, an act of ‘balking’? Balking:

With this important concept, Dick presents the visible universe as a moral test. The challenge is to perceive the injustice of the system of the world and to refuse to cooperate with it. The problem is that the logic of the visible universe is internally consistent and contains no clear indication that it deserves to be rejected. The impetus to “withdraw assent” must come from a transcendent point of view that impels immediate disobedience: the word “balk” implies gut instinct rather than intellectual decision. Moreover, one cannot be aware that the visible universe is a test, because this would lead to calculated action in light of an expected reward. Dick gives one concrete example of his own balking: his participation in the tax strike organized by Ramparts magazine in 1968. By “this-worldly” standards, this was an illogical decision that led to personal hardship, but by “other-worldly” standards, his refusal was simply the right thing to do.

This idea of withdrawing our assent to the world as it is, of do what must be done, withdraw from the system of taxation, etc. So many ways to withdraw on a practical and pragmatic level day by day, year by year, an ethical decision not to support Wal-Mart, McDonalds, etc. all the hooks that keep us bound to the unhealthy lifestyles of our system, etc. We have allowed ourselves to be imprisoned in a Counterfeit Reality, and must slowly but surely awaken out of our stupor and break down the barriers to the true world of our earth. No longer some pie in the sky metaphysical paradise of the Gnostics, what we truly see in this fantasia is a way out of the mundane late capitalism that encloses us in a prison house of fascism. What is truly the vision of our freedom is the opposite of what we’ve been told. We have accepted the lie, the great lie of this terror that encompasses us.

The Great Refusal is the place to begin. “Well, then this being so, look what my writing tends to promote: it promotes a sense of the counterfeit quality of the world; it promotes a repudiation of it which dissolves it by assisting the withdrawal of assent to it; and finally, by so doing, obliterates the alienating agency and brings man and truth together.”(ibid.) Does this not lead into what both Slavoj Zizek and Alenka Zupancic term an Ethics of the Real, the need to move beyond both the discourse of the Master, as well as the reduction of ethics to a personal nihilism. Instead we need a global ethics, not a totalistic universalism, but an ethics of freedom that leads us out of this dark world of capital and into a new uncharted world of freedom and responsibility to the earth and our selves. The power of this is that it is an ethical decision, not something we have to wait for, not some utopia or pie-in-the-sky future, but a now of our own very real lives, an act of withdrawing from all those daily options that the prison wardens offer us. It could be as simple as refusing to eat and ice-cream cone. All it takes is moment to moment ethical decision to refuse the system its right in our lives. Those spaces of freedom we need can be a walk in the park with our children, a drive in the country, a moment of reading poetry, and change in our mental activities. Whatever it is it is a breaking of the habits that have kept us ensnared to the capitalist wheel of commerce and work. Breaking free is not easy, but it is a choice, a choice to change our lives now and not wait for someone else to do it for us. We can do this ourselves. That is our freedom and ethical act.

17 thoughts on “The Prison House of Capital: Walter Benjamin and Philip K. Dick?”