Political Action finds its redemption at the point where it creates a coalition with public Intellect (in other words, at the point where this Intellect is unchained from waged labor and, rather, builds its critique with the tact of a corrosive acid). Action consists, in the final analysis, in the articulation of general intellect as a non-State public sphere, as the realm of common affairs, as Republic. The Exodus, in the course of which the new alliance between Intellect and Action is forged, has a number of fixed stars in its own heaven: radical Disobedience, Intemperance, Multitude, Soviet, Example, Right of Resistance. These categories allude to a political theory of the future, a theory perhaps capable of facing up to the political crises of the late twentieth century and outlining a solution that is radically anti-Hobbesian. 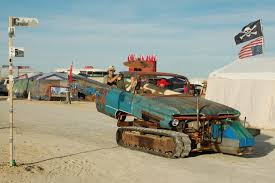 It was Bifo Berardi that coined the term cognitariat to splice together the moment when information technologies and the workers who use such technics for their livelihood took center stage upon the world market. This is also the moment when the cognitive functions of our society were divorced from both daily life and corporeality, when the production workers of signs were captured by capital. This is the alienation of cognitive labor. The cognitariat is the social class that experiences this separation. Both Berardi and Virno would have those who have been so captured to retreat, to withdraw from this global menagerie of both State and Corporate monopoly and forge new links, new coalitions of political action and public intellect, create new autonomous zones in which to share and communicate within a new sphere, a realm of the commons, a Global Republic that moves beyond ethnic, social, and cultural forms.

Virno sees this as a sort of exodus, a great movement of the multitude beyond the State, anti-statist in intent and method. The tools that might help with this he breaks down as a series of categories of resistance: Disobedience, Intemperance, Multitude, Soviet, Example, Right of Resistance: “a political theory of the future, a theory perhaps capable of facing up to the political crises of the late twentieth century and outlining a solution that is radically anti-Hobbesian.” Virno tells us that what we need at the moment is a sense of the “Miracle”, a sense of the unexpected, the uncharted, the awaited moment when that which is a surprise and an exception appears.

In the movement of the crisis of capital going on all around us, in this Post-Fordist era of social cooperation, that is eliminating the frontier between production time and personal time, not to mention the distinction between professional qualities and political aptitudes, we seem to be creating a new species, which makes the old dichotomies of “public/private” and “collective/individual” sound farcical. Neither “producers” nor “citizens,” the modern virtuosi attain at last the rank of Multitude.1

As Virno remarks this “new Multitude is not a whirlpool of atoms that “still” lacks unity, but a form of political existence that takes as its starting point a One that is radically heterogeneous to the State: public Intellect. The Many do not make alliances, nor do they transfer rights to the sovereign, because they already have a shared “score”; they never converge into a “general will” because they already share a “general intellect”(Kindle Locations 2580-2583). One of the qualities on this new Multitude is that it obstructs and dismantles the mechanisms of political representation. It expresses itself as an ensemble of “acting minorities,” none of which, however, aspires to transform itself into a majority. It develops a power that refuses to become government.2

As interpreted by the post-Keynesian State, the structural weakening of representative democracy comes to be seen as a tendency toward a restriction of democracy tout court. It goes without saying, however, that an opposition to this course of events, if conducted in the name of values of representation, is pathetic and pointless-as useful as preaching chastity to sparrows. Democracy today has to be framed in terms of the construction and experimentation of forms of nonrepresentative and extraparliamentary democracy. All the rest is vacant chitchat.3

Instead of a Civil War among nation states over the corpse of the earth, we move toward a new Republic wherein the multitude have the Right of Resistance: “the Right of Resistance has a very subtle and specific meaning. It authorizes the use of violence each time that an artisanal corporation, or the community as a whole, or even individual citizens, see certain of their positive prerogatives altered by the central power, prerogatives that have been acquired de facto or that have developed by tradition”.4

One of the problems I’ve always had with such seductive ideas as presented above is the sheer idealism behind it, the idea that such Ideas can suddenly pull up the masses of people out of their stupor, forge links among disparate minds across great distances to suddenly create a new way of being and living, a new social arrangement out of what? The sheer logistics of such an undertaking, the actual material and psychological pressure of actually withdrawing from the machine, not only the State, but the military-industrial world that supports it, the corporate and political machines in place around the planet. Hell, as far as I can see, we have a hard enough time seeing those who want change, the supposed philosophers and cyberintellectuals across the planet, even agreeing on just basic strategies much less taking in the actual hardships and long-term degradation of human life that such a revolution would entail. What’s interesting is that I see a lot of these supposed radical philosophers and activist wandering the global lecture circuit, each captured by the very system they so vaunt to be radically against. Why does the academic world these days seem to be so much smoke? So little action?

Bifo Berardi tells us that humans during the Modernist era have become less and less aware of the process that they themselves initiated. Our dependencies on the technosphere, the realm of modern industrial and post-Fordist technologies that support this realm of late capitalism go almost without notice as if they were natural, as if they had always been a part of our lives. He tells us we are not going through a crisis, that instead we are now in process of going through a catastrophic morphogenesis. “The capitalist paradigm, based on the connection between revenue and work performance is unable to frame the present configuration of the general intellect” (212).5 For Berardi what we need is new forms of life, that the economic collapse in process around the globe is a blessing in disguise, what we need now is a “massive reduction in work-time, a prodigious liberation of life from the social factory, in order to reweave the fabric of the social relation” (213). What is the wisdom in this? If a husband or wife who supports a family comes home and says: “Yes, I lost my job, but now I am liberated for other things, I can begin to reweave my creative potential with the multitude.” I’m being facetious. But here we have a final admonitory note from Berardi: “Until the majority of mankind is free from the connection between income and work, misery and war will be the norm of the social relationship.”(214)

Just think on that last statement. Think of the planet wide system of economics that seems to encompass our global civilization, of every creature that is both a producer and product within that system, humans, animals, machines, etc. That if we ever broke the connection between income and work, economics and production, what would truly happen? Think of the technosphere itself, of the organized security systems in place all over the planet to enforce the sovereignty of capital whether in the West or East, America, Europe, Russia, China, or any other nation on this planet, all are in one form or another tied into this system through affiliation or asymmetrical warfare and opposition. In my own mind we haven’t even begun to think through the actual material day to day strategies we will have to embark on to create global coalitions against such a system. So far we’ve had our troubling failures in programmed oppositional sit-ins and protests through the Occupy Movement and global opposition etc. But if we ever decided to truly withdraw from the State and Coroporate Global Grid, the system of socio-cultural forces worldwide, permanently how would we fare? How would we survive the day to day trivialities of feeding ourselves, clothing ourselves, finding water, and all the other necessities, etc. We are so dependent on the worldwide distribution systems of goods and services that to suddenly decided to withdraw from this would entail suffering on a scale never before seen. We don’t even have the basic savvy and know how of people a hundred years ago on how to survive in the wilderness. And, is that even what people want, a luddite vision of life without the machine?  If you unhooked from the system that is destroying the planet where would you go, what autonomous zones would open their cracks and allow you in? And, where are these zones of freedom, anyway? And, what of the ethnic, religious, and other oppositional aspects of a worldwide withdrawal? Is this truly a feasible alternative?

Has the capitalist system become so ingrained and invisible within the infrastructure of our minds and lives that to even think the idea of withdrawal thinkable? Capitalism is more than economics, it is a complete way of life. It will take a pedagogy, a new paideia, a resocializtion of the human animal to truly build a future worth living in cooperation with ourselves and the earth which supports us.

23 thoughts on “The Political Theory of the Future: Paolo Virno and Bifo Berardi”