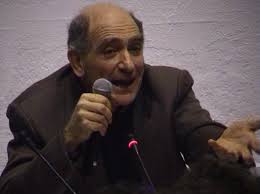 The key to political action (or rather the only possibility of extracting it from its present state of paralysis) consists in developing the publicness of Intellect outside of Work, and in opposition to it. The issue here has two distinct profiles, which are, however, strictly complementary. On the one hand, general intellect can only affirm itself as an autonomous public sphere, thus avoiding the “transfer” of its own potential into the absolute power of Administration, if it cuts the linkage that binds it to the production of commodities and wage labor. On the other hand, the subversion of capitalist relations of production henceforth develops only with the institution of a non-State public sphere, a political community that has as its hinge general intellect. The salient characteristics of the post-Fordist experience (servile virtuosity, the valorization even of the faculty of language, the necessary relation with the “presence of others,” and so forth) postulate as a conflictual response nothing less than a radically new form of democracy.

I use the term Exodus here to define mass defection from the State, the alliance between general intellect and political Action, and a movement toward the public sphere of Intellect. The term is not at all conceived as some defensive existential strategy-it is neither exiting on tiptoe through the back door nor a search for sheltering hideaways. Quite the contrary: what I mean by Exodus is a full-fledged model of action, capable of confronting the challenges of modern short, capable of confronting the great themes articulated by Hobbes, Rousseau, Lenin, and Schmitt (I am thinking here of crucial couplings such as command/obedience, public/private, friend/enemy, consensus/violence, and so forth). Today, just as happened in the seventeenth century under the spur of the civil wars, a realm of common affairs has to be defined from scratch. Any such definition must draw out the opportunities for liberation that are to be found in taking command of this novel interweaving among Work, Action, and Intellect, which up until now we have only suffered.

Exodus is the foundation of a Republic. The very idea of “republic,” however, requires a taking leave of State judicature: if Republic, then no longer State. The political action of the Exodus consists, therefore, in an engaged withdrawal. Only those who open a way of exit for themselves can do the founding; but, by the opposite token, only those who do the founding will succeed in finding the parting of the waters by which they will be able to leave Egypt.

4 thoughts on “Paul Virno: Exodus – Quote of the Day!”