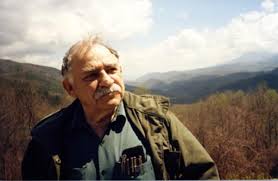 Social ecology rests on the basic minimal claim that our entire endeavor to dominate nature stems from the domination of human by human–not from agriculture, from technology per se, from a vague thing called industrialism, from religion, from anthropocentrism, from humanism, or from whatever buzzword one chooses to pull out of the bumper–sticker slogans…

Only the complete substitution of hierarchical society as it has developed over thousands of years with all the moral, spiritual. religious, philosophical, economic , and political paraphernalia that has accompanied that development–by an ecological society can finally bring nature and a fulfilled humanity into harmony with each other. Indeed, it is only in an ecological society, free of all hierarchy and domination, that this fulfilled humanity can find its ecological role in developing a free nature–one in which nature is rendered fully self–conscious by a species of its own creation and by rational faculties that have emerged from its own evolution.

Stated bluntly: no revolutionary movement can grow if its theorists essentially deny Bloch’s “principle of hope,” which it so needs for an inspired belief in the future; if they deny universal History that affirms sweeping common problems that have besieged humanity over the ages; if they deny the shared interests that give a movement the basis for a common struggle in achieving a rational dispensation of social affairs; if they deny a processual rationality and a growing idea of the Good based on more than personalistic (or “intersubjective” and “consensual”) grounds; if they deny the powerful civilizatory dimensions of social development (ironically, dimensions that are in fact so useful to contemporary nihilists in criticizing humanity’s failings); and if they deny historical Progress.  Yet in present-day theoretics, a series of events replaces History, cultural relativism replaces Civilization, and a basic pessimism replaces a belief in the possibility of Progress.  What is more sinister, mythopoesis replaces reason, and dystopia the prospect of a rational society. What is at stake in all these displacements is an intellectual and practical regression of appalling proportions–an especially alarming development today, when theoretical clarity is of the utmost necessity.

Bookchin was an anti-capitalist and vocal advocate of the decentralisation of society along ecological and democratic lines. His writings on libertarian municipalism, a theory of face-to-face, assembly democracy, had an influence on the Green movement and anti-capitalist direct action groups such as Reclaim the Streets.

3 thoughts on “Murray Bookchin: Quote of the Day!”