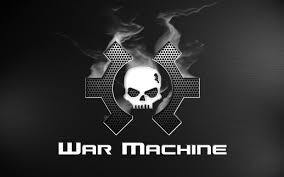 Against those like Badiou or Zizek and their sense of the negative and negation as the basis of subjectivity, the nomadic ethics of Deleuze affirms the positivity of Otherness, of life as zoe (from ancient Greek ζωή, meaning spiritual life, in contrast to Bios, meaning biological life).  Amor fati: that we must be, as Rosi Braidotti reminds us, “worthy of what happens to us and rework it within an ethics of relation, without falling into negativity” (ibid. 185). This is an ethics of relation, praxis, and complexity that promotes a radical ethics of transformation, an ontology of process (a vision of subjectivity that is propelled by affects and relations), and moves subjectivity beyond the reflective negativity and toward “reciprocity as creation, not as the recognition of Sameness” (194, ibid.). The keys to this nomadic ethics of freedom are self-determination through resistance and transgressive discipline, as well as the interminable critical analysis and questioning of all forms of repressive regimes. Finally, the need to think globally, but act locally – a shibboleth of our times still holds true for any viable microrevolutionary nomadism. As Braidotti remarks: “Localized and concrete ethical gestures and political activities matter more than grand overarching projects. … nomadic theory is a form of ethical pragmatism” (196, ibid.).

Deleuze was moving toward an experimental relativism as compared to a dogmatic transcendental ethics, one that was against any religious ethos that dealt in salvatory dynamics of mind over body as compared to a true ethics of parallelism of affective relations. A transformative ethics rather than a conserving ethics, a belief in the radical possibility of changing our conditions and transforming our very relations with self and other. If truth be told Deleuze was moving beyond the strictures of a old school vitalism, since he affirmed a machinic consensus that humans were machines, and our universe was machinic not mechanistic (a subtle distinction that most seem to fly by without taking in the vital change in qualifiers). His was a materialist metaphysic, an affirmation of a immanent world without a subject; or, as he once stated it in his work on Bergson: what is needed is a marriage of ‘pure spiritualism and radical materialism’ (84). The ‘ghost in the machine’ becomes the machinic mind of thought itself: the immanent life of our material being in process. Instead of a negation of a negation we get the positive affirmation of immanence in process, an experimental movement within the strangeness of materiality.

Have we yet to catch up with Deleuze? How many times we read about Deleuze through the lens of the critics without ever truly getting under the covers and reading his works closely. So many works on Deleuze seem bent on using his ideas against themselves, of latching onto one book or aspect of his work as if – ah, I have it, the key that will unlock this monstrosity. No, my friends, Deleuze will never be bound to your dark truths, his ideas must be confronted whole cloth or not at all. For it is his immanent mind that we confront within ourselves that must be the key. Until we confront the ongoing process that is Deleuze we will only scratch the surface, shift our gaze from this to that in a continuous circle of defeat. Instead we must inhabit his mind from within rather than study his works like some objective correlative of his mind or encyclopedia of some binary linguistic trick: a discursive sleight-of-hand that leaves us dangling like fireflies in a glass jar. Too many of his enemies take his ideas out of context and use them as battering rams against him, as if an idea sat there all alone in solitude dispersed along some unknown line of flight or trajectory that only this critic can decipher. But it is this very decipherment that ruins such thoughts as have come to us out of such immanent materiality. One will never decode the strangeness of Deleuze, one can only destroy his thought by conforming it to one’s own stupidity. When one confronts another mind one must be equal to the measure of that mind, elsewise one will only follow the tracks of a dispersed thought within the prison of one’s own three-pounds of habit and neuropathic delusion and inanity. Everything else is failure.

4 thoughts on “Nomadic Ethics: Deleuze and the Ethics of Freedom”