The knowledge we claim to possess, the very general knowledge provided by modern physical theory included, is an intricate web of theoretical principles and practical, almost bodily abilities and it cannot be understood by looking at theories exclusively.

– Paul Feyerbend, The Tyranny of Science 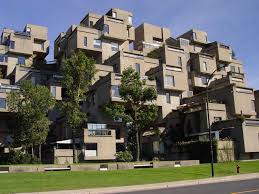 After this little quip Feyerbend lays it low and true: most popular accounts of science and many philosophical analyses are therefor chimeras, pure and simple (108).1 Being a software engineer / architect I’ve had occasion to relate to Feyerbend’s words, where he mentions on a slightly different note the work of engineers: to evaluate a project an engineer needs both theoretical and on-site experience and this means that he should have theoretical as well as practical schooling (108). He continues, saying:

A variety of disasters has convince some administrators that the top-down (theoretical) approach is defective and that engineering practice is an important part of the education of even an engineering theoretician. (108)

As I read posts by young or old philosophers I am almost tempted to have them go back t school and Major in some practical area, say mechanical engineering, architecture, biology, etc., where they can actually spend summers interning and gaining practical insight into their subject form a bottom-up perspective. I often think of political theorists of the past few hundred years and wonder just how they thought their strange theoretical  generalizations would ever support  practical application. Too bad those young revolutionaries of former eras didn’t have some school of Revolution 101 to show them that in actual application their ideas might just take on a life of their own and connect back to human emotion and anger, follow the death drives right down into the cesspool of some slime bucket of catastrophe.

I’ve even seen some intelligent software engineers come up with great theoretical programs that were useless in real world applications for the simple reason that they did not take into account the actual humans that would use such programs day in and day out. Are philosophers like this: do they build abstract theoretical applications without actually taking into account the truth of things, people, world as something real instead of something theoretical. Do they end up as Feyerbend suggests building conceptual chimeras, pure and simple. As Feyerbend himself remarks: “Every ‘systematic’ philosophical treatise that considers only ideas and their mutual relations is an exercise in futility” (108). But then he adds:

Embedded in an ongoing enterprise, ideas play an important, thought not easily comprehended, role. Treated by themselves they are like fossils that are studied as abstract shapes, without considering the processes from which they arose. (108-109)

Looking at both Galileo who was schooled in practical engineering then applied his own theoretical insights, Feyerbend tells us about certain later philosophers who suggest they know better than Galileo and can actually reconstruct his system and show us the underlying structure of its grand science. These so to speak philosophers of science take such a person’s (Galileo) and lay it out before them on the rack, analyse it, and relate its ingredients to their favorite categories (111). Feyerbend then remarks:

In the philosophy of science the process has been called ‘logical reconstruction’, the idea being that the great inventors don’t know what they are doing and need a reconstruction to tell them what they have achieved. The trouble with such an approach is that the reconstructed formulations are mostly barren – they don’t have the power to suggest new actions, ideas, procedures. Only the incomprehensible utterances of scientists seem to have such power. (112)

Let us hope the incomprehensible cries of scientists continue to surprise us with strange machines and technological wonders for years to come. Yet, the point that Feyerbend was truly making might otherwise go unsaid, and that is the punch line:

I would opt for the second of those two positions…  what about you?