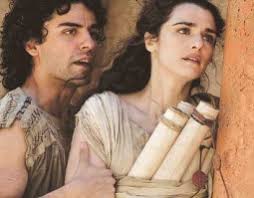 In the same moment that Greece gave birth to democracy (demos) it also gave birth to its greatest enemy, Plato. Plato reduced the fragmented authority of tradition to the syllabus of the Laws and Republic. Out of Plato came the new authority of Philosophy itself: its distinctions and judgments, of a supposed superior authority as one of its greatest inventions, and of its greatest triumph: the concept of  ‘transcendence’, the Idea, the metaphysics of representation, imitation, and participation.

The real world of the Idea as opposed to the apparent world of simulacra became both the tool and means for the dialectic: the art of hierarchical theory and exclusionary practices, as well as an elitism in philosophical theory and practice, aesthetics and political rule.  As Miguel de Beistegui remarks:

Platonism is a response and a solution to a problem brought about by the birth of Athenian democracy, in which, in the words of a commentator, “anyone could lay claim to anything, and could carry the day by the force of rhetoric.” Such is the reason why Platonism seeks to nip this anarchy and rebellion in the bud, by hunting down, as Plato says, simulacra and rogue images of all kinds (57).1