Phenomenology, then, is an essential cognitive task of confronting the threat that things pose in their very being. … After phenomenology, we can only conclude that a great deal of philosophizing is not an abstract description or dispassionate accounting, but only an intellectual defense against the threatening intimacy of things.

Peter Schwenger in his book The Tears of Things comes very close to the same central insight upon which Graham Harman has built his entire metaphysical edifice. We discover that for the most part the everyday tools that we use: hammers, rakes, pens, computers, etc., remain inconspicuous; overlooked by those of us who use such tools; noticing them, if at all, as necessities that help us get on with our own work. Yet, the paradox of this situation is that there are moments when the tool threatens us, becomes an obstacle to our enterprising projects, and it is at such moments that we suddenly awaken from our metaphysical sleep and notice these objects in a strange new light: when the hammer iron head flies free of the wooden handle, or the computer suddenly freezes, the screen goes black, then sparking and sending out small frissions of stench and smoke from the flat box that encases it; at such moments we become defensive, threatened by the power of these material objects that we no longer control, that in fact are broken and exposed, beyond our ability to know just what they are.

We also become aware that the tool is part of a larger sphere: it does not exist in and of itself, but is applied to materials in concert with other tools to make something that may then be seen in its turn as “equipment for residency” in parallel to Le Corbusier’s famous pronouncement that “a house is a machine for living in.” The full network of equipment’s interrelated assignments and intentions makes up what the subject perceives as “world.” The dynamic of this world, at whatever level, is one of care – care of the subject’s being. The business of equipment, then, is not just to build an actual house but as much as possible, and in the broadest sense, to make the subject feel at home in the state of existing.1

Against this Heiddegerian world of comfort and care much of what we call modernist art incorporated the tools into their artistic charade in order to break our at homeness, to make us feel a more difficult strangeness and estrangement, to become Aliens in an Alien Land ( I play off Heinlein’s Stranger in a Strange Land). Against the order of meaning and description OOO prides itself in making things strange again, allowing the Master Signifiers that once ruled the world to fall away into darkness, withdrawn and empty of significance, uncanny and paradoxical guests to a banquet of the Real that can no longer be controlled by humans or scientific discourse. Listen to a master of philosophical mythography, Graham Harman, as he turns a Ferris Wheel into a lesson on Objects and the levels of being, occasional causality, and the inhuman withdrawnness of substance:

The reader should pause and fix this image firmly in mind: a giant rotating wheel, carrying thousands of beings in a long arc ascending to the clouds and vanishing into the darkness of the earth. Let it spin dozens of times in your mind before we move on from this beautiful spectacle. Imagine the faint machinic whirr of its concealed engine, the creaking of its bolts, and the varied sounds emitted by the objects riding in its cars: from neighing horses to mournful woodwind ensembles. Imagine too the ominous mood in the vicinity as its cars plunge deep into the earth. Picture the wheel loaded with animals, bombs, and religious icons. Picture it creaking under the weight of its cargo and emitting a ghostly light as it spins along its colossal circuit. Imagine the artists and engineers of genius who designed such a thing. And consider the human culture that would arise nearby, with the wheel as its sacred point of reference.2 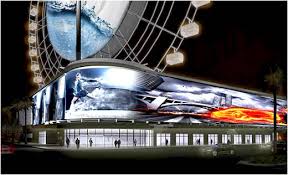 Timothy Morton in his new work reminds us that “the phenomenological approach requires a cycling, iterative style that examines things again and again, now with a little more detail here, then with a little more force there”.2 Harman does just that in his myth of the Wheel turning from light to dark to light again, a fabricated circle of machinic life that harbors the strangeness of existence itself, entities that cannot be charmed into eloquence accept as paradoxical creatures that inhabit the interstices of thought like fragments of a cyclic world. The great wheel rising and falling from the sky into the underbelly below the ground, the dramatic interplay of object and network, the countless entities circling into and out of our lives, some of them threatening and others ludicrous. The objects in the cars and those on the ground or in the chambers affect one another, coupling and uncoupling from countless relations— seducing, ignoring, ruining, or liberating each other. (Harman KL 69-72)

As Morton remarks “thinking objects is one of the most difficult yet necessary things thinking can do—trying to come close to them is the point, rather than retreating to the grounds of the grounds of the possibility of the possibility of asserting anything at all”. Are as Harman would have it objects affect us and in fact these objects turning on the Wheel of Relations – as he terms it, “generate new realities” (Harman, KL 76). At the end of this little myth of wheels within wheels, the churning ocean of being and becoming, Harman remarks that “no point in reality is merely a solid thing, and none is an ultimate concrete event unable to act as a component in further events. In this respect, the cosmos might be described as a vast series of interlocking ferris wheels” (Harman, KL 175-177).

This opening move leads me back to Timothy Morton and his new work where he tells us that to think this way about Objects all the way and all the way down as a series of interlocking machines is to begin to work out an object-oriented view of causality. “If things are intrinsically withdrawn, irreducible to their perception or relations or uses, they can only affect each other in a strange region out in front of them, a region of traces and footprints: the aesthetic dimension“. As he states it so eloquently in his introduction “Every aesthetic trace, every footprint of an object, sparkles with absence. Sensual things are elegies to the disappearance of objects.”

I am reminded of his work within literary criticism of which he is a master. In his excellent essay The Dark Ecology of Elegy in the Oxford Handook to Elegy he remarks:

Perhaps the future of ecological poetry is that it will cease to play with the idea of nature. Since ecology is, philosophically thinking how all beings are interconnected, in as deep a way as possible, the idea of nature, something ‘over there,’ the ultimate lost object … will not cut it. We will lose nature, but gain ecology. Ecological poetry must thus transcend the elegiac mode” (255). 4 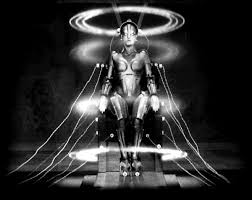 And, yet, under the sign of the inhuman he brings us closer to the Sadean truth of the world. “What if ‘man’ was already a kind of ‘living sepulcher,’ an empty tomb, a ‘mere husk’ like the seeds of the rustling reeds? If is finally our intimacy with that which is the deepest and the darkest. Under these circumstances, elegy would perform the melancholy knowingness that we are machines” (269). It is in the darkness that ecology withdrawn within the inhuman begins to harbor that ecological thought of which Morton is the eloquent elegist:

Dark ecology chooses not to digest the phobic-disgusting object. Instead it decides to remain with it in all its meaningless inconsistency (Zizek 1992:35-9). Dark ecology is the ultimate reverse of deep ecology. The most ethical act is to love the other precisely in their artificiality, rather than seeking their naturalness and authenticity. Dark ecology refuses to digest plants and animals and humans into ideal forms. Cheering your self up too fast will only make things more depressing. ‘Linger long’ (Alastor: 1. 98) in the darkness of a dying world. (269) 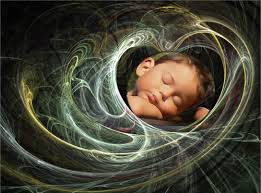 As he reminds us in his new book “Doesn’t this tell us something about the aesthetic dimension, why philosophers have often found it to be a realm of evil? The aesthetic dimension is a place of illusions, yet they are real illusions. If you knew for sure that they were just illusions, then there would be no problem.” This is the realm of vicarious causation the place where the “aesthetic dimension floats in front of objects, like a group of disturbing clowns in an Expressionist painting or a piece of performance art whose boundaries are nowhere to be seen”. This aesthetic dimension was revived with Harman’s return to Aristotelian substantialist form, which forced him to revive the older occasional causation theories he termed vicarious causation because, as he remarks, it “requires no theology to support it. Any philosophy that makes an absolute distinction between substances and relations will inevitably become a theory of vicarious causation, since there will be no way for the substances to interact directly with one another” (Guerrilla Metaphysics: Phenomenology and the Carpentry of Things (Kindle Locations 83-85). As Morton in his new work remarks on this: 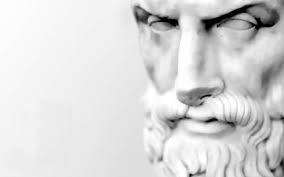 Even though I come out of the traditions of Spinoza, Schopenhauer, Schelling, Hegel, Nietzsche, Bataille, Deleuze, Zizek and Land, and am definitely in the opposing insubstantialist stance within the philosophical spectrum, I still admire the power of this older formalism of substance.  I have yet to finish this work by Timothy but have enjoyed the stimulation of its alternative traditions descending as they do from those Great Originals, Plato and Aristotle. And, even if I fit within their competitors loquacious if insubstantial or immanent tradition – that tributary river of another materialism (Epicurus and his epigones, who down the ages has spawned varying proposals concerning matter and the void) I still affirm those who hold to the flame of materialism no matter which path they follow.