Nick Land once remarked that just one of Cioran’s casual jokes is of inestimably greater value in making contact with Nietzsche than the full corpus of Heidegger’s ponderously irrelevant Nietzsche.1 In the same light he said the Deleuze’s early work on Nietzsche was saved because he was one of the few academics who could actually think! Even Klossowski’s work was worth reading although as Land remarked it “stinks of transcendental philosophy” (155).  Otherwise, Land tells us, everything else everything else written by academics is nothing but the “mystical vacuity, the gibberings of a lobotomy ward” (155).

Only one book fulfilled this scholar of the night’s vision of an approach to Nietzsche, that was the work of Georges Bataille’s, Sur Nietzsche. Upon encountering this work Land remarked on his mounting excitement:

…no sign of scholarship or servility, prose that burns like an ember in the void, precision, profundity, exprit. The shock is almost lethal. The euphoria blazes painfully for weeks. At last! A book whose aberration is on the scale of Nietzsche’s own; a sick and lonely book. The fact that such a book could be published even dampens one’s enthusiasm for the universal eradication of the species. (156)

Anti-Platonist and proud of it, Land follows his master Bataille against the abortions of German Idealism, against the abortive consolidation of Kantian capitalism and the industrialization of philosophy in Hegel and teleology. Against this he follows Bataille’s minimalistic or base materialism: the naked risk of chaos, war, eroticism, and surrender to the sacred terror at the heart of life itself.

Chance and contingency are all. “Chance is not a pre-ontological arche-reserve of possibilities, and to think of it as such is merely to displace ontology; reducing chance to randomness once again”(157-158). Chance has no eidos, no eternal Idea, situated outside its instantiation: this is to acknowledge only the bare minimal anti-Platonism needed for a principle of materialism. “Chance is far less a fundament than a betrayal, at once radical and gratuitous, whereby being falls prey to its indeterminate exactness”(158).

What separates base materialism from the scholastic differentiation between composition and creation (culminating in the Heideggerian meditation upon being) is its realism, in accepting that being is only what it is. In other words, being is indeterminably or intensely unnecessary.(158) 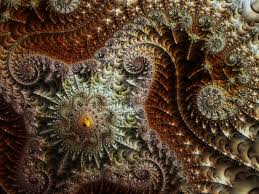 Divorced from mathematical statistical logic or probability theorems, escaping the Platonic eternity of truths, Chance explodes in its own “luxuriant immensity”(158). Nietzsche provided both Bataille and his epigone, Land not a logics, but an anti-logics in which “irresolvable improbability, irrational negation, and interminable compositional intricacy are interwoven” (159). Instead of the space of Reasons, we get the dark labyrinth of a Borgesian nightmare world where the drives play havoc like terrible gods whose only joy is the creative energy of neverending becoming without end.

The labyrinth is not an intervention into being, but an infestation or irresolvably complex  collapse, replacing being with an illimitable corrosion. The labyrinth is precisely the positive impossibility of privileged scales; both the recurrence of irreducible detail across scales, and the recurrence of irreducible diversity in the transitions between scales.

This is the vision of the universe as an insubstantial playground, a machine of collapse and implosive movement, a ‘mortuary abyss of debauchery’ (167). “Reason is rotted to bits in sponge-space, because all the polar concepts which provide its structure depend upon the repression of scaling differences.” (166).

Form is infested by matter, the abstract by the concrete, the transcendent by the immanent, space by time. Life is infested by death; terminally infiltrated by the unsuspendable reality of its loss. There is no integral identity or alterity, but only fuzzy sponge zones, pulsing with indeterminable communicative potencies. 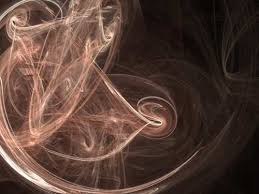 Being is this self-reflecting nothingness driven by the immanence of death in its neverending journey through the labyrinth of the fluctuating Void. For Bataille ‘Being is nowhere’, it has no place, being insubstantial, no privileged scale, no refuge, either in the atom or in the totality of the All.

“From the perspective of ontology the compositions at each scale are gnawed by insufficiency; both too friable and too partial to be. Being would be other to death – either annihilated by it or left immaculate – were there not scales. (182)

9 thoughts on “Nick Land: Mandelbrot and the gibberings of the Lobotomy Ward”