“Yes, remember this, my friend: if there is one more book on the library shelf, that is because there is one less person in life. If I must choose between the shelf and the world, then I prefer the world.” 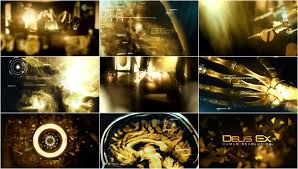 There are some writers who come to one in late life like the memories of old comrades, deceptive yet resilient, leading one into the great outdoors rather than deeper into the labyrinths of the mind. These writers might be termed literary matterphiles. A type of being who confronts Kant and Shakespeare, yet escapes the metaphysical delusions of the one, while embracing the bittersweet valences of the other.

Sigizmund Dominikovich Krzhizhanovsky is such a poet of our despair, yet more than a poet, he is the understated literary master of works no one in the West ever heard of till now. Born into a Polish-speaking Catholic family near Kiev in 1887. He died in his adopted city of Moscow in 1950, largely unpublished and unperformed. Over a period of twenty-five years, while working in editorial offices and freelancing at various jobs (lecturer in the Acting Studio of the Moscow Chamber Theater, proofreader for the Great Soviet Encyclopedia, research assistant for radio broadcasts, translator and stage adaptor), he wrote a dozen plays, provocative essays on Shakespeare and on the philosophy of theater, and some hundred and fifty experimental prose works ranging in length from novellas to one-paragraph miniatures, usually organized in cycles. Krzhizhanovsky’s hero.

Of late I’ve been reading his work The Letter Killers Club, whose hero everywhere is the idea or concept (mysl’, zamysel) trapped in the brain. His recurring plot: how to release an inner thought into the great outdoors of existence at the right time with enough nourishment so it will survive, make contact, explore —without being freighted down or fused with anything else. This idea needs space to test itself and must remain separate from what surrounds it. Traps and obstacles to this process exist both inside the brain and beyond it, but they are more metaphysical than political.

This novella was rejected in 1928 and not published in Krzhizhanovsky’s lifetime. It did touch upon politically sensitive topics, to be sure, but the philosophy of the whole did not depend on them. Why kill letters of the alphabet? Krzhizhanovsky pitches his argument here higher and deeper than the concerns of secret police or censor. According to the Club’s president, a thought or conception, in its quest for creative life, must separate itself from the written word, which traps it like a zoological specimen on the printed page. Writers are “professional word tamers.” A bookcase full of pinned-down words spells the end of the imagination. Thus do the seven Club members— who call themselves not writers or readers but conceivers— commit to pre-literature, delivering elaborate emancipatory improvisations to one another on Saturday evenings, without paper or publisher in sight. To these separatists from writerdom and converts to booklessness, even the spectacle of a public performance is suspect. “To dramatize is to vulgarize,” says President Zez. The free word must fly direct from the speaker’s mouth to the listener’s imagination with no intermediaries, no footlights. But as we discover, a concept with all its letters killed— grown up in the dark, not tested by the sun— can also lead to disaster. A pure conceiver is matterphobic. To be communicated at all, a thought must retain a recognizable contour; it must have somewhere to go in real space and leave a palpable trace.

A satirist of the highest order he’d read Shakespeare, Dickens, Swift, Wells, and Shaw. Raised in a Symbolist milieu, Krzhizhanovsky knew of and appreciated the French-Dutch decadent Joris Karl Huysmans as well as the Norwegian realist and chronicler of hunger Knut Hamsun. As a frame for his Club meetings, Krzhizhanovsky— a passionate Anglophile— had a rich choice of literary models. They stretch from the late fourteenth century with Chaucer’s Canterbury Tales (pilgrims en route to a shrine passing the time in a storytelling contest, itself based on Boccaccio’s plague-ridden Decameron) to the late nineteenth century, the far more sober gatherings of London gentlemen in the “scientific romances” of H.G. Wells. In the Russian 1920s, Krzhizhanovsky was surrounded by several masters of phantasmagorical modernist prose: Mikhail Bulgakov, Evgeny Zamyatin, Andrei Platonov.

But the “concept of a concept” as Krzhizhanovsky portrays it cannot get on a ship and sail off to exotic continents. It is landlocked, stubborn, restless, blocked by malnourishment and poverty, on the border between waking and dreaming, in a tiny cubicle. It wants to roam but everywhere it is clipped, stuck behind a wall, forced to sneak out through a fissure, chink, crack, or seam. The Letter Killers, sitting in a circle in their bare room, wander back to the French Middle Ages, forward to a bioterrorist dystopia, back to ancient Rome, only to discover in their liberation from the printed word a new and perhaps more permanent enslavement. Liberation or enslavement: the struggle is a subtle one between thought and its graspings, but the movement between is a cutting process a becoming that involves us in the messiness of life itself. And that is the difference.

3 thoughts on “Sigizmund Krzhizhanovsky: The Concept as Hero”