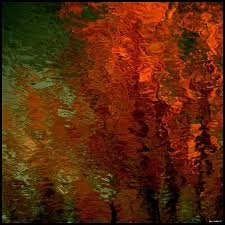 “What is immanence? A life… No one has described what a life is better than Charles Dickens, if we take the indefinite article as an index of the transcendental. A disreputable man, a rogue, held in contempt by everyone, is found as he lies dying. Suddenly, those taking care of him manifest an eagerness, respect, even love, for this slightest sign of life. Everybody bustles about to save him, to the point where, in his deepest coma, this wicked man himself senses something soft and sweet penetrating him. But to the degree that he comes back to life, his saviors turn colder, and he becomes once again mean and crude. Between his life and his death, there is a moment that is only that of a life playing with death. The life of the individual gives way to an impersonal and yet singular life that releases a pure event freed from the accidents of internal and external life, that is, from the subjectivity and objectivity of what happens: a “Homo tantum” with whom everyone empathizes and who attains a sort of beatitude. It is a haecceity no longer of individuation but of singularization: a life of pure immanence, neutral, beyond good and evil, for it was only the subject that incarnated it in the midst of things that made it good or bad. The life of such individuality fades away in favor of the singular life immanent to a man who no longer has a name, though he can be mistaken for no other. A singular essence, a life…”

– Deleuze, from Immanence: A Life…

“In any case, non-philosophy did not invent ‘the real, or the One, or man (every philosopher can take some credit for the latter), or even the idea of a ‘radical immanence (there is Michel Henry and perhaps others as well –Maine de Biran? Marx? [Deleuze]). On the other hand, non-philosophy exists because it invented the true characteristics of the latter, because it took the requirements of radicality seriously and distinguished between the radical and the absolute.”

“Ultimately, I see non-philosophers in several different ways. I see them, inevitably, as subjects of the university, as is required by worldly life, but above all as related to three fundamental human types. They are related to the analyst and the political militant, obviously, since non-philosophy is close to psychoanalysis and Marxism –it transforms the subject by transforming instances of philosophy. But they are also related to what I would call the ‘spiritual type –which it is imperative not to confuse with ‘spiritualist. The spiritual are not spiritualists. They are the great destroyers of the forces of philosophy and the state, which band together in the name of order and conformity. The spiritual haunt the margins of philosophy, gnosticism, mysticism, and even of institutional religion and politics. The spiritual are not just abstract, quietist mystics; they are for the world. This is why a quiet discipline is not sufficient, because man is implicated in the world as the presupposed that determines it. Thus, non-philosophy is also related to gnosticism and science-fiction; it answers their fundamental question –which is not at all philosophy’s primary concern–: “Should humanity be saved? And how?” And it is also close to spiritual revolutionaries such as Müntzer and certain mystics who skirted heresy. When all is said and done, is non-philosophy anything other than the chance for an effective utopia? Let me begin in traditional terms: what is the essence, what are the possibilities of non-philosophy? From the outset, it originated from four concerns that were coupled two by two; and hence from dualities.”

– François Laruelle, from A New Presentation of Non-Philosophy