Spontaneous creation is the reason there is something rather than nothing, why the universe exists, why we exist. It is not necessary to invoke God to light the blue touch paper and set the universe going. … We seem to be at a critical point in the history of science, in which we must alter our conception of goals and of what makes a physical theory acceptable. It appears that the fundamental numbers, and even the form, of the apparent laws of nature are not demanded by logic or physical principle. 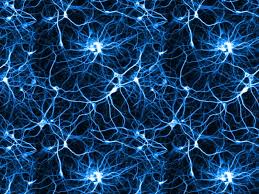 Anytime we mention history we discover a truth: history is always past, beyond us, transcendent. So if history is always and forever fallen into past time, the flow of an irreversible zone of non-meaning that we can neither contemplate nor imagine, then what are the conditions  necessary for its arising in discourse? We never have direct access to history – unless there are time-travelers among us; we only ever have indirect access to it through thinking it. But then is history nothing but fantasy? How do we think something that can never be directly or indirectly known? And, what of that greatest of all histories, the Universe itself? Cosmological history? How do those strange travelers of time, the physicists, cosmologists of the Big Bang and other theories, formulate their grand histories of the universe (or multiverse) when they never have direct access to that strange history? More importantly how can our understanding of cosmology and the sciences help us transform philosophy as we’ve come to know it into a instrument that allows us to both epistemologically and ontologically evaluate it and justify the truth of it by these sciences and their physical and mathematical theories? Or is it science itself that should be transformed by philosophy?

First, I want to ask how have philosophers conceived of this great past of the universe: in what ways did that succeed or fail in providing either solutions or more problematic theories of this cosmological history? Second, does the science of cosmology based as it is on mathematical models, along with empirical and instrumental investigations of those models, provide a better more thorough knowledge and understanding of this transcendent sphere of cosmological history? The sciences would have us believe that they can recreate the very conditions for the dependent arising of the universe in their instrumental experiments using such machines as the Large Hadron Collider.  A universe in a box approach to history. As Stephen Hawking describes it in his book, The Grand Design:

The fact that we human beings—who are ourselves mere collections of fundamental particles of nature—have been able to come this close to an understanding of the laws governing us and our universe is a great triumph. But perhaps the true miracle is that abstract considerations of logic lead to a unique theory that predicts and describes a vast universe full of the amazing variety that we see. If the theory is confirmed by observation, it will be the successful conclusion of a search going back more than 3,000 years. We will have found the grand design.1

So many assumptions in his statement: Are we fundamental particles of nature? What are laws? Are these inherent in the universe, or have we imposed such regulative principles as a part of our human modes of thinking and being; and, do these laws actually define both us and the universe? Are these laws a objective, subjective, neither? Is logic and the abstracting process that produces theoretical models valid? Is it predictive: the scientist as a sort of diviner? Apollonius of Tyana once claimed to have the Pythagorean numerical ‘globe’ by the use of which the infinite diversity of problems regarding life, death, litigations, victories, defeats, etc. could be solved.2 Is this a prefiguration of LHC? Obviously I jest, but the whole tradition of mathematical prediction stems from that historical matrix that began in Greece and is seeing its fruition in our own time. Hawking ends with that old saw of the scientific method: “theory confirmed by observation”, something he aligns with a 3,000 year old quest, both philosophic and scientific. And, what of his conclusion that we will have found the ‘grand design’? What does he mean by this? If there was a design, then there must have been a designer. Is Hawking in his old age suddenly becoming religious, buying into the onto-theological worldview? In the beginning of the book he tells us:

But the discovery relatively recently of the extreme fine-tuning of so many of the laws of nature could lead at least some of us some back to the old idea that this grand design is the work of some grand designer. In the United States, because the Constitution prohibits the teaching of religion in schools, that type of idea is called intelligent design, with the unstated but implied understanding that the designer is God.

This is an old question, a question of metaphysics, and one that is still hotly debated. It starts with the basic set:

Why is there something rather than nothing?
Why do we exist?
Why this particular set of laws and not some other?

Some would claim the answer to these questions is that there is a God who chose to create the universe that way. It is reasonable to ask who or what created the universe, but if the answer is God, then the question has merely been deflected to that of who created God. In this view it is accepted that some entity exists that needs no creator, and that entity is called God. This is known as the first-cause argument for the existence of God. We claim, however, that it is possible to answer these questions purely within the realm of science, and without invoking any divine beings. As Hawking states it:

According to the idea of model-dependent realism, our brains interpret the input from our sensory organs by making a model of the outside world. We form mental concepts of our home, trees, other people, the electricity that flows from wall sockets, atoms, molecules, and other universes. These mental concepts are the only reality we can know. There is no model-independent test of reality. It follows that a well-constructed model creates a reality of its own.

So Hawking opts for a form of Idealism in which reality can only be known through ‘mental concepts’, and that there is no way to verify empirically or through any other method the truth of reality. This leads him to the assumption of a constructivist philosophy in which a “well-constructed model creates a reality of its own”. This is why we have such giant modeling systems as the LHC to test out such models: these are physical models of mental concepts to test the truth of the models that verifies the theoretical truth of the model it creates as reality. So instead of reality we get a fictional test of a model that is both ideal and realist idealism of reality. Interesting logic there…

So all this seems to go back to Kant and his splitting of reality into phenomena and noumena, and that we can only ever have access to one side of the divide, and science deals with that part of reality without ever knowing or reckoning on the other side of the question. But is this true? Well according to Hawking all we ever have access to is the model of reality, not reality itself; so, in that sense it is just a restatement of Kant’s philosophy.  He only appends that there is no way to verify reality beyond the use of such mind-dependent models. But is this true as well?

Well, of course, that is the whole point of what is going on in philosophy at the present moment: many of our greatest minds are disputing that very scientific approach, and opting for other and stranger ways of both direct and indirect ways of approaching these problems of reality. But what about the history of the universe?

The usual assumption in cosmology is that the universe has a single definite history. One can use the laws of physics to calculate how this history develops with time. We call this the “bottom-up” approach to cosmology. But since we must take into account the quantum nature of the universe as expressed by the Feynman sum over histories, the probability amplitude that the universe is now in a particular state is arrived at by adding up the contributions from all the histories that satisfy the no-boundary condition and end in the state in question. As Hawking states it:

In cosmology, in other words, one shouldn’t follow the history of the universe from the bottom up because that assumes there’s a single history, with a well-defined starting point and evolution. Instead, one should trace the histories from the top down, backward from the present time. Some histories will be more probable than others, and the sum will normally be dominated by a single history that starts with the creation of the universe and culminates in the state under consideration. But there will be different histories for different possible states of the universe at the present time. This leads to a radically different view of cosmology, and the relation between cause and effect. The histories that contribute to the Feynman sum don’t have an independent existence, but depend on what is being measured. We create history by our observation, rather than history creating us.

And that is the twist in the thread of history: Do we create history, or does it create us? The chicken or the egg? Is time reversible are not? Do we through our marking, cutting, splicing, decisions, observations create ourselves and the cosmos within which we exist? And, if so, how does philosophy begin to describe such a strange world as ours? How describe these new relations of cause and effect? And, what about this dependency on decision, measure, conceptuality of the measured? Of course I could go into Karen Barad, Quentin Meillassoux, Slavoj Zizek, Alain Badiou, and a multitude of other philsophers on just such topics, but this is enough for one post…

1 thought on “History, Cosmology, and Philosophy”