“I am neither a baboon nor a monarchist. .. In my ideal neocameralist state, there is no political freedom because there is no politics.  Perhaps the government has a comment box where you can express your opinion.  Perhaps it does customer surveys and even polls.  But there is no organization and no reason to organize, because no combination of residents can influence government policy by coercion.”

“Our catalogued, ecumenical clearing house of knowledge was running amok…” 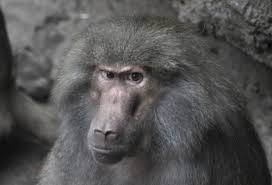 Maybe one should rephrase that Moldy variation as “I am both a baboon and a monarchist.” Either way one can understand that the reactionary variations that this neocameralist enacts is a libertarian Punch and Judy fetishization of all the world’s commodities under the banner of corporate monarchism.

Nick Land is nothing if not persistent. In his latest installment of what I like to call: “The Moldy Bug Variations”, in honor of that ill-famed reactionary that we’ve all come to hate, Mencius Moldbug, one of Land’s favorite respites or barbs for the meat-grinder of socio-blastotomy (Reactionary Enlightenment). “To be a reactionary, minimally speaking, requires no more than a recognition that things are going to hell,” so begins this tirade, aimed not so much at the man on horseback as toward all those knee-jerk right wingers that inhabit the contagious dreams of American luridness.

From Moldbug, immoderate neo-reaction has learnt many essential and startling facts about the genealogy and tendency of history’s central affliction, newly baptized the Cathedral. It has been liberated from the mesmerism of ‘democratic universalism’ – or evangelical ultra-puritanism – and trained back towards honest (and thus forbidden) books. It has re-learnt class analysis, of unprecedented explanatory power. Much else could have been added, before arriving at our destination: the schematic outline for a ‘neocameral’ alternative to the manifestly perishing global political order.

We’ve all watched the Cathedral rise over us with its darkened halo with its new religious extremism of neocameralism: “Neocameralism is not designed to antagonize, but rather to restore order to social bodies that have squandered it, by drafting a framework compatible with the long-lost art of effective government. Neocameralism would not overthrow anything, but rather arise amongst ruins. It is a solution awaiting the terminal configuration of a problem.” The newest in a long list of solutions in search of a problem, neocameralism offers not so much a victimology as it does a slaughter of the innocents. So what does this new religion offer us? The ‘lamentation’ of a fruitless mass. The collapse of a post-capitalist acceleration. And, finally, a return to the aristocracies of Kings and Priests ” in which citizens are comprehensively stripped of all historically-accumulated political rights.” Oh, this is such a empowering vision, one wonders where Mencius Golgathabug has been all our lives (smirk now… for god’s sake!).

Of course we can see it now Mencius Grossbug as King. “Moldbug’s political philosophy is founded upon a revision to the conception of property, sufficient to support the assertion that sovereign power is properly understood as the owner of a country. It is only at this level of political organization that real property rights – i.e. protections – are sustained.” The Sovereign as  Assbug. With one law to rule them all: Neocameralism.

“Neocameralism is the idea that a sovereign state or primary corporation is not organizationally distinct from a secondary or private corporation. Thus we can achieve good management, and thus libertarian government, by converting sovcorps to the same management design that works well in today’s private sector – the joint-stock corporation.“

The mendacity of Mencius Cogbug Royal Manager of AmeriCorp presents some problems for its benefactor, says Land: “A prince who cannot trade away his territory does not ‘own’ it in any sense that matters.” Destitute of his royal staff, shriven of his command, figurehead with a high salary, Mencius DoomBug seems to acknowledge his undoing according to Land:

1.  Firstly, his formalization of sovereign power, through conversion into sovereign stock, commercializes it. Within the neocameral regime, power takes the form of revenue-yielding property, available for free disposal by those who wield it.

2. Secondly, the neocameral state exists within a patchwork, or system of interactions, through which they compete for population, and in which peaceful (or commercial) redistributions — including takeovers and break-ups — are facilitated.

3. Thirdly (and relatedly), neocameralism is floated as a model for experimental government, driven cybernetically towards effectiveness by the same types of feedback mechanisms that control ‘secondary’ corporations.

With the commercialization of Sovereignty comes the accommodation of “power to natural law”:

Sovereign stock (‘primary property’) and ‘secondary property’ become commercially inter-changeable, dissolving the original distinction, whilst local sovereignty is rendered compliant with the wider commercial order, and thus becomes a form of constrained ‘secondary sovereignty’ relative to the primary or absolute sovereignty of the system itself. Final authority bleeds out into the catallactic ensemble, the agora, or commercium, where what can really happen is decided by natural law. It is this to which sovereign stockholders, if they are to be effective, and to prosper, must defer.

In the end the question is not “To be or not to be”, but rather tis “To make a profit or not to make a profit.” Either way you’ll still pay the tax man aplenty as the commercium rules with an IronBug hand.

So what does old Moldy have to say about his Neocameralist Statism:

So let me coin another name for formalism, and call it neocameralism. The word is mainly picked for its Google virginity, but it should also be reminiscent of cameralism, the governing philosophy of Frederick the Great…

To a neocameralist, a state is a business which owns a country.  A state should be managed, like any other large business, by dividing logical ownership into negotiable shares, each of which yields a precise fraction of the state’s profit.  (A well-run state is very profitable.)  Each share has one vote, and the shareholders elect a board, which hires and fires managers. … This business’s customers are its residents.  A profitably-managed neocameralist state will, like any business, serve its customers efficiently and effectively.  Misgovernment equals mismanagement. …. To a neocameralist, totalitarianism is democracy in its full-blown, most malignant form.  Democracy doesn’t always deteriorate into totalitarianism, and lighting up at the gas pump doesn’t always engulf you in a ball of fire. … Totalitarian states are gangster states, in other words, and they tend to corruption and mismanagement.

Read his conclusions in Against political freedom…