“Base matter is external and foreign to ideal human aspirations, and it refuses to allow itself to be reduced to the great ontological machines resulting from these aspirations…” 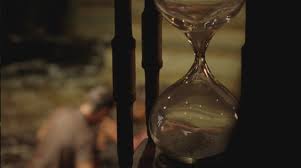 What are those forces below the threshold that escape all those investigative reporters of our darkening humanity? There is an excess that escapes the light, that flows out of the zero sum nullity of a non-space and non-time of which our philosophical harbingers are unaware. What if everything was already contaminated, already part of the base slime of existence? What if it were the most vile, disgusting, sacrilegious, and profane excesses; the most foreign and degrading aspects of existence that reveal the truth we are in need of? “Bataille’s matter is that which must be repressed as the condition of articulation, whereby immanent continuity is vivisected in transcendence (122).” 1

E.M. Cioran whose excesses lead him to a gnostic inversion, one that touches not the a-Cosmic god beyond the cosmos but instead drifts with the slime of this degradation, this catastrophe of the kenoma: our universe of death. Cioran sides with all that is base, all that is excluded, ungrounded, cold, and inhuman. Like Cioran, Georges Bataille, followed the Discordia of Gnostic thought hoping to carry its black “germs of a bizzare but mortal subversion of the ideal” into our modern world. 2 As Benjamin Noys tells us: “Gnosticism is important to Bataille because it leads to ‘the most monstrous dualistic and therefore strangely abased cosmogonies” (502). As his ephebe Nick Land states it:

Following the ancient theurgy Bataille practices a new form of magical practice, he teaches us dip our hands in mud and shit, shape figures of monstrous proportion based on the ‘non-logical difference’ of this strange excess inscribed in the darkest particles and particulates of non-being within the void of the Void. Levi R. Bryant in a new post tell us “don’t track in abstractions”. Nick Land also taught that for Bataille, abstraction keeps us from the delirium of the real:

“The dominant tendencies in philosophy are complicit with ordinary language in their suppression of unilateral differences. Because separation is normally thought of as mutual discontinuity, the world is interpreted as an aggregate of isolated beings, which are extrinsically amalgamated into structures, systems, and societies. Such thinking precludes in principle all possibility of base contact or communion” (TA 124).

And, it is the need for an affective relation, a base contact and communion, an orgy of the senses in the theatre of mater materia that we seek. Base matter is external and foreign to ideal human aspirations, and it refuses to allow itself to be reduced to the great ontological machines resulting from these aspirations. But the psychological process brought to light by Gnosticism had the same impact: it was a question of disconcerting the human spirit and idealism before something base, to the extent that one recognized the helplessness of superior principles. Even becoming and time are contaminated, fractured and “subordinated to a transcendent law, allowing it to be judged, denigrated, and condemned” (TA 129). Lost among our memories, living our tributary deaths, we learn the harshest truth:

“Humanity is a petrified fiction hiding from zero, a purgatorial imprisonment of dissolution, but to be stricken with sanctity is to bask in death like a reptile in the sun. God is dead, but more importantly, God is Death. The beginning of the secret is that death is immense” (TA 131).