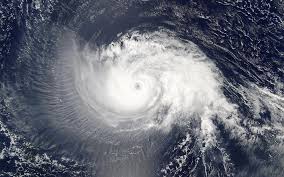 “Politics is the archaic and inadequate name for something that must pass away into the religious history of capital.”

When will we accept our death? Vampires, all, we do not even realize that we are feeding on each others foul blood. The spectre of a two-thousand year old community enfolds us all within its dark force. The onto-theological riptide of its stark ascetic plumage trails along our shadowy streets infesting us with its bloated glut of putrid stench. “The theology of the One, rooted in concrete beliefs and codes that summarize and defend the vital interests of a community, and therefore affiliated to a tenacious anthropomorphism, is gradually corroded down to the impersonal zero of catastrophic religion” (113). 1

It was up to Bataille, then Deleuze to undercut the Kantian dance of noumenon and zero, to blast the distance between Void and Being, to dissolve the human in the very gap of its own wound, expose the narcissistic excess of its own asceticism, its investment in an economy of death and desire.  As Bataille would have it: “…the unknown demands in the end an empire without division” (114). Against the four categories of ‘nothing’ that Kant erects, Bataille decreates them within an inverse dance of terror turning subtraction to undifferentiable, deprivation to pre-unitary, impotence to extravagance, and dialectic to both the unilateral and impossible (115). For Bataille the noumenon was not so much a philosophical problem as it was a religious one:

“… a sort of rupture – in anguish – leaves us at the limits of tears: thus we lose ourselves, we forget ourselves and communicate with an ungraspable beyond. … Despair is simple, it is the absence of all hope, of every lure. It is the state of desolate expanses and … of the sun” (115).

As Land states it this is the “terrain of immanence or the unknown; positive death as zero-intensity, unilaterally differentiated from ecstasy or naked sensation” (115). He continues in an extended foray of insight, saying,

” Throughout his writings Bataille implicitly or explicitly repeats a deft materialist gesture, indicating that transcendent dogma does not lie in the positing of an outside to experience, but rather, in the positing of experience as dissociated from its slide into oblivion. Experience can never comprehend or define dissolvent immanence, and the claim that it might can be symptomatologically interpreted as the consequence of a utilitarian reconstruction into objectivity. It is thus that Bataille reiterates Nietzsche’s diagnosis concerning the moral basis of epistemology. The very possibility of a problem about the relation between experience and the real – requiring a theory of representation – presupposes the deformation of experience in terms of the ‘good’, or, in other words, the stable, isolated, and determinate, correlated to the caging of the noumenon in the form of the object. In wild variance to the basic presupposition of overt or cunning idealism, experience is not given in reality as knowledge, but as collapse (115-116).”

This collapse is not a positive affirmation of knowledge, but rather a gnosis, a movement from the kenoma (emptiness, void) to the pleroma (fullness) where the question becomes not how to distinguish true ideas from false, but how to discover more adequate or more comprehensive and “intense” levels of thought and being. The search for adequate “common notions” of nature, for the structures of the one Animal that is the Beast: God or Nature, which leads us immediately to quest for how to intensify thought itself. In some ways this is the optimization of thought – thought reaching beyond itself in an effort not to transcend its own limits, but rather to break the resistance, the hold those limits impose, thereby revealing the structure of the Real against which we struggle and strive with for the prize of Being itself.

“Desire responds to the cosmic madness pulsed out of the sun, and slides beyond love towards utter communication. This is a final break with Christendom, the disconnection of base flow from the terminal sentimentalism …nihilism as nakedness before the cyclone” (119).

This is the communion of the Last Men…

3 thoughts on “Nick Land: Naked before the Cyclone”