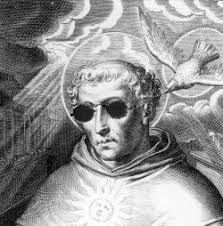 Perhaps it is time, once again, to acknowledge that we are smaller than we supposed, know less than we hoped, and are more frightened than we care to admit. “Nature,” as Newton famously wrote, “is pleased with simplicity” even if we are horrified.

A great post on Three Pound Brain, the blog of R. Scott Bakker: the first, with Scott summing up the quandary of two creative events in his life, the creation of his latest installment in the epic Sci-Fi cycle of the Aspect Emperor  The Unholy Consult; and, second, is his attempt to sketch out what he terms ‘post-intentional philosophy.’

In How to Build a First Person (Using Only Natural Materials) we discover that the self is not what it seems, that it is quite different than it at first appears, that our conceptions have gone awry and that we will never be the same again. This will not be an easy journey, it’s Scott’s labyrinth we’re entering, and if you go the distance you will not come out the same on the other end; in fact, you may never find the center of it, discover that the fate of the Minotaur is that he is blind, and that the only answer to his dilemma is the Blind Brain Theory (BBT); yet, if  you or persistent in your journey you will discover something else: a central truth dangling down from the scientific world, where the ‘scientific image’ and the ‘human (metacognitive) image’ begin to totter toward each other at an exponential rate. Will they fuse or will they clash like those fated particles in CERN’s sixteen mile Hadron Collider. Will this new theory be the Higgs Boson of the philosophy of mind? Or will it turn out to be just the fruit of that long curve of scientific endeavor to understand human consciousness that started with the early Greek philosophers two-thousand years ago?

So what is this strange beast coming our way? Is W.B. Yeats correct in his appraisal: “And what rough beast, its hour come round at last, slouches towards…” us weary mortals? No, its much simpler than that dark beast, it’s just science doing what it does best, exposing the myths of our long and dubious journey as humans to the light of scientific method and reasoning. Or, maybe not, maybe we are the Beast blinded by our own Brain: a tale of blindness and insight. As Bakker tells us:

It’s all about the worst case scenario. Philosophy, to paraphrase [Ray] Brassier, is no sop to desire. If science stands poised to break us, then thought must submit to this breaking in advance. The world never wants for apologists: there will always be an army of Rosenthals and Badious. Someone needs to think these things, no matter how dehumanizing or alienating they seem to be.  Besides, only those who dare thinking the post-intentional need fear ‘losing’ anything. If meaning and morality are the genuine emergent realities that the vast bulk of thinkers, analytic or continental, assume them to be, they should be able to withstand any sustained attempt to explain them away.

The Blind Brain Theory of the Appearance of Consciousness (BBT) represents an attempt to ‘explain away’ several of the most perplexing features of consciousness in terms of information loss and depletion. The first-person perspective, it argues, is the expression of the kinds and quantities of information that, for a variety of structural and developmental reasons, cannot be accessed by the ‘conscious brain.’ Puzzles as profound and persistent as the now, personal identity, conscious unity, and most troubling of all, intentionality, could very well be kinds of illusions foisted on conscious awareness by different versions of the informatic limitation expressed, for instance, in the boundary of your visual field. By explaining away these phenomena, BTT separates the question of consciousness from the question of  how consciousness appears, and so drastically narrows the so-called explanatory gap. If true, it considerable ‘softens’ the hard problem. But at what cost? (read here)

We could call this the Great Divorce, the theory of how consciousness departs from our narcissism forever, one that will ask the simple but definable question of what consciousness is in itself divorced from the human – a theory that entails concsiousness not as it appears for-us but as it is divorced from all our human investments and human myths, religious and philosophical musings, and thoughts about what it is for-us… As he states it:

But what exactly does this theory look like? What is he offering us as a replacement for thousands of years of human deception? Well the short answer: any final theory of consciousness will involve some account of multimodal neural information integration. Ah, sweet, so simple, yet what exactly is ‘multimodal neural information integration’? Well, the grand daddy of encyclopedias, Wiki tells us this, saying:

Multisensory integration, also known as multimodal integration, is the study of how information from the different sensory modalities, such as sight, sound, touch, smell, self-motion and taste, may be integrated by the nervous system. A coherent representation of objects combining modalities enables us to have meaningful perceptual experiences. Indeed, multisensory integration is central to adaptive behavior because it allows us to perceive a world of coherent perceptual entities. Multimodal integration also deals with how different sensory modalities interact with one another and alter each other’s processing. (read more)

Consciousness is the product of a Recursive System (RS) of some kind, an evolutionary twist that allows the human brain to factor its own operations into its environmental estimations and interventions. Thinking through the constraints faced by any such system, I will argue, provides a parsimonious way to understand why consciousness appears the way it does. The ability of the brain to ‘see itself’ is severely restricted. Once we appreciate the way limits on recursive information access are expressed in conscious experience, traditionally intractable first-person perspectival features such as the now, personal identity, and the unity of consciousness can be ‘explained away,’ thus closing, to some extent, the so-called explanatory gap.

The Blind Brain Theory of the Appearance of Consciousness (BBT) is an account of how an embedded, recursive information integration system might produce the peculiar structural characteristics we associate with the first-person perspective. In a sense, it argues that consciousness is so confusing because it literally is a kind of confusion. Our brain is almost entirely blind to itself, and it is this interval between ‘almost’ and ‘entirely’ wherein our experience of consciousness resides. (ibid.)

Understanding the implications of this strange theory of the blind brain presents us with that ultimate, as Bakker on his blog has repeatedly emphasized,  ‘bonfire of the humanities’:

This is why I continually speak of BBT in eschatological terms, pose it as a precursor of the posthuman: if scientifically confirmed, it means that Man-the-meaning-maker is of a piece with Man-the-image-of-God and Man-the-centre-of-the-universe, that noocentrism will join biocentrism and geocentrism in the reliquary of human intellectual conceit and folly. And this is why I mourn ‘Akratic Culture,’ society fissured by the scission of knowledge and experience, with managerial powers exploiting the mechanistic efficiencies of the former, and the client masses fleeing into the intentional opacities of the latter, seeking refuge in vacant affirmation and subreptive autonomy. (How to Build a First Person)

To understand more about R. Scott Bakker and his Blind Brain Theory read more here and here. Also on Scott’s blog there is a good follow up by Roger Eichorn (read here) The ‘Human’: Discovery or Invention?.

In his conclusion, Scott, leaves us neither a definition nor a theoretical calculus of his theorem, instead he offers us a discursive yet prolix proem:

Consciousness as you conceive/perceive it this very moment now is the tissue of neglect, painted on the same informatic canvas with the same cognitive brushes as our environment, only blinkered and impressionistic in the extreme. Reflexivity, internal-relationality, sufficiency, and intentionality, can all be seen as hallucinatory artifacts of informatic closure and scarcity, the result of a brain forced to make the most with the least using only the resources it has at hand. This is a picture of the first person as an informatically intergrated series of scraps of access, forced by structural bottlenecks to profoundly misrecognize itself as something somehow hooked upon the transcendental, self-sufficient and whole….

Maybe in the end this ‘self-reflecting negativity’ as Slavoj Zizek sites it is nothing more yet nothing less than the zero sum estimation of a mystery that will always remain a mystery, yet one that can now begin to realize that it no longer needs the support of all those ancient metaphysical quandaries that were born of a need to know… maybe in this poverty of the gap we can see and hear once again, and listen not to the music of the spheres but to the machines of consciousness as they grind away within the void of our blind brain. Maybe the ‘image of science’ and the ‘image of humanity’ were one and the same all along, but the delusions of a fabricated self kept us from that very simple knowledge. Maybe it is time for philosophy and science to interpenetrate each others jargon filled worlds and forge new links that can help us toward a greater understanding of this strange realm of blindness and insight.

1. R. Scott Bakker. The Last Magic Show: A Blind Brain Theory of the Appearance of Consciousness

9 thoughts on “R. Scott Bakker: Post-Intentional Philosophy; or, How the Brain is Blind”