“Yes, consciousness is originally linked to this moment when ‘something is wrong’ , or, to put it in Lacanian terms, an experience of the Real, of an impossible limit.” 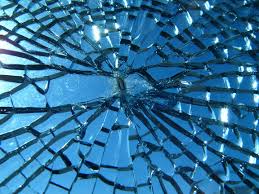 What if our awareness of things came about through an experience of failure and mortality – a kind of “snag in the biological weave”?1 What if awareness itself emerges out of this “basic traumatic fissure”? The age of the human is over, the age of the post-human is here: the Cognitive sciences have forever changed our image of humanity. But why is this great science unable to explain its own insights?

Zizek sees cognitive science as a kind of empirical version of deconstructionism. What is usually associated with deconstructionism is the idea that there is no unique subject, there is a multitude o f dispersed processes competing between each other, no self-presence, the structure of diffrance and so on . And if we take this structure of diffrance, with its emphasis on deferral, one of the interesting conclusions of cognitive science is that, literally, we do not live in the present time; that there is a certain delay from the moment our sensory organs get a signal from outside to its being properly processed into what we perceive as reality, and then we project this back into the past. So that our experience of the present is basically past experience, but projected back into the past.(55)

The second nice result of cognitivism is that in a way it over-confirms Kant in the sense that not only is what we experience as reality structured through our perception, that empirical impulses are coordinated through some universal categories, but that it’s even more radical : it’s that even what
we perceive as immediate reality is directly a judgment. The point being that what you see is the result of your judgment – you literally see judgments. There is no zero-level sensory perception of reality which is then later coordinated into judgments. What you always already see are judgments.(56)

This is the paradox Zizek explores in the science of evolution along with the cognitive sciences. In his explorations he discovers that something strange happened along the way in evolutionary history; a malfunction in evolution, a mistake, something “terrible went wrong”, and consciousness developed as an unintended by-product that acquired a kind of second-degree survivalist function: “I am more and more convinced that consciousness originates with something going terribly wrong – even at a most personal level” (59).1

This malfunction at the heart of things that allowed for the emergence of consciousness can be described from both a German idealist and Lacanian psychoanalytical perspective: “in German idealism it is absolute self-relating negativity; in psychoanalysis it is the death drive” (61). Now we come to center of Zizek’s project:

My basic thesis is that the central feature of subjectivity in German idealism – this desubstantialized notion of subjectivity as a gap in the order of being – is consonant with the notion of the ‘object small a’ which, as we all know, for Lacan is a failure. It’s not that we fail to encounter the object, but that the object itself is just a trace of a certain failure. What I am asserting here is that this notion of self-relating negativity, as it has been articulated from Kant to Hegel, means philosophically the same as Freud’s notion of death drive – this is my fundamental perspective. In other words, the Freudian notion of death drive is not a biological category but has a philosophical dignity. (61)

Against the substantial formalism of certain types of ontology (i.e., Object-Oriented Ontology) Zizek presents us with a de-substantialized notion of ontology, one that portrays at the center of its ontologizing a subjectalist account of the Subject-as gap within Being: the subject-as-void or gap in the order of things. At the heart of this account is a basic destructiveness and excess of negativity, and the death drive is exactly the right name for this excess of negativity:

This, in a way, is the big obsession of my entire work: this mutual reading of the Freudian notion of death drive with what in German idealism is rendered thematic as self-relating negativity. (61)

So we come to the end of one phase of our journey, to the center and periphery of Zizek’s philosophy: here we discover an excess, a rift within the heart of reality: a self-relating negativity that appeared out of the emergence, the very cut or gap in the order of being due to a mistake, a failure, strange evolutionary quirk. This transcendental materialism, this genetic history of the Subject, haunts both German idealism and Freudian psychoanalysis and feeds into the stream of cognitive sciences that are taking us into the 21st Century.