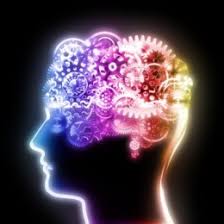 Mapping the four players of the original SR movement onto the board game of squares, Greimasian semiotic square at that, Zizek manipulates the elements to test out his own interpretive strategies. A grid that aligns Quentin Meillassoux’s “speculative materialism,” Graham Harman’s “object-oriented philosophy,”  Iain Hamilton Grant’s neo-vitalism, and Ray Brassier’s radical nihilism along a divine/secular and scientific/metaphysical four-score transposition and permutation of elements that serves his commentary. As he tells us:

Although both Meillassoux and Brassier advocate a scientific view of reality as radically contingent and apprehensible through formalized science, Brassier also endorses scientific reductionism, while Meillassoux leaves the space open for a non-existent divinity which will redress all past injustices. On the other side, both Harman and Grant advocate a non-scientific metaphysical approach, with Harman opting for a directly religious (or spiritualist, at least) panpsychism, outlining a program of investigating the “cosmic layers of psyche” and “ferreting out the specific psychic reality of earthworms, dust, armies, chalk, and stone,” while Grant, in Deleuzian fashion, locates the meta-physical dimension in nature itself, conceiving the world of objects as the products of a more primordial process of becoming (will, drive, etc.).1*

Without qualifying his appraisal Zizek as usual just presents at face value his own opinions of philosophers who do not share his own zest for Hegelian thought. Brassier above gets a pass while the others come in for offhand reproaches. He tells us that what appears interesting is the oppositional confrontation of the two axes: the metaphysical divinity versus secular scientific reductionism. He wonders at Meillassoux’s scientistic assertion of radical contingency which apparently leaves open the space for a non-existing God, and Grant’s anti-scientistic vitalist metaphysics which nonetheless remains naturalist/materialist. What these speculative realisms pay for in their apparent overcoming of the Kantian ‘gap’ is, he tells us, is that they remain “caught up in the traditional pre-critical antinomies”

What stands out in this square are the two positions which unsettle the expected overlapping of the two axes (metaphysical divinity versus secular scientific reductionism): Meillassoux’s scientistic assertion of radical contingency which nonetheless leaves open the space for a non-existing God who may emerge in order to redress past injustices, and Grant’s anti-scientistic vitalist metaphysics which nonetheless remains naturalist/ materialist. The gap filled in by these two additional options signals that the price speculative realism pays for leaving behind transcendental correlationism is that it remains caught up in the traditional pre-critical antinomies” (Kindle Locations 14455-14461). Yet, he observes, there is a dimension mission in this speculative realist project that none of these philosophers have noticed in their own singular projects.

Zizek tells us that Brassier had it right in pushing the secular program beyond its limits, that the enemy today is “post-secular thought” itself:

“…the idea that the process of “disenchantment” has reached its limit and that a new, post-metaphysical, return of the Sacred is on the way, no longer grounded in the access to an infinite Absolute, but in our very finitude, in our irreducible rootedness in the finite Lebenswelt with its concrete experience of bodily life permeated with meaning.”(Kindle Locations 14464-14466).

He tells us that to overcome this sacred dilemma we need to return to Parmenides with a vengeance, but instead of accepting the founding notion of “being and thinking” being the same we need to conceive this sameness not as a positive but as negative:

“…contrary to Plato’s notion that what one talks about has to exist in some way, one can only talk about what (potentially, at least) is not, for there is no speech without a hole in the texture of the Real; the very fact of affirming something locates this something against the background of its potential disappearance, or, to paraphrase Parmenides, thinking/speaking and non-being are the same. Furthermore, this hole in the texture of the Real can only arise if the Real itself is ultimately nothing but a void, if “all there is” is, precisely, not-All, a distorted fragment which is ultimately a “metonymy of nothing.”(Kindle Locations 14468-14472).

So as we noticed in my last post, for Zizek the Real is opposed to Being: the Real is the Void. What Zizek poses is how does science escape its own investment in the correlationist project that is scientistic naturalism, how does it conceive of this Void, this Nothingness outside of its own reductionist scientific terms?

On the other hand Meillassoux argues against Zizek, seeing in his philosophy a version of the good old days of subjective idealism. But Zizek asks: Is this the case? Is he truly a subjectalist? On the surface Meillassoux is correct in his estimation so far as it goes, Zizek tells us; yet, what Meillassoux calls “sickened” or “failed” correlationism, “far from being a half-hearted break-out from the correlationist constraint, is the key component of any true escape: it is not enough to oppose to transcendental correlation a vision of reality-in-itself— transcendental correlation itself has to be grounded in reality-in-itself; i.e., its possibility has to be accounted for in the terms of this reality.(Kindle Locations 14508-14510).”

Zizek’s critique of Meillassoux is not against his anti-transcendentalist gesture – transposing the contingency of our notion of reality into the Thing itself – but with his inability to resolve the dilemma of subjectivity itself. It is not so much what we can say about reality-in-itself, but how our subjective standpoint and subjectivity itself fit into reality(Kindle Locations 14519-14520). The question for Zizek becomes “How do phenomena themselves arise within the flat stupidity of reality which just is; how does reality redouble itself and start to appear to itself?”:

For this, we need a theory of the subject which involves neither transcendental subjectivity nor a reduction of the subject to a part of objective reality; such a theory also enables us to formulate in a new way what Meillassoux calls the problem of correlationism.(Kindle Locations 14522-14524).