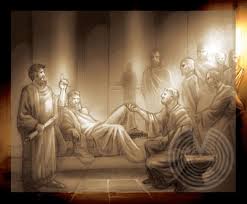 Like a magnet that has two poles, one positive, one negative, and as Shakespeare once said “Never twain shall meet,” we could see that Idealism and Materialism are those poles; yet, what does this tell us about these two strange perspectives on reality? Within both Idealism and Materialism we have further mystifications: there are the twin poles of subjective and objective idealism and materialism. In physicalist science this is played out by mundane world of common sense folk psychology of modern macro-physics of all that is extensive and phenomenal; as against the quantum physics of all those immaterial particles that can only be inferred through mathematics and specialized instruments that test the effects of sub-atomic particles on our visible universe (i.e., particle accelerators, wave-particle duality, etc.).

Have we always been fighting over the positive and negative poles of certain paradoxical and theoretical illusions, rather than looking at what these separate philosophical principles were a part of all along. I know that the analogy of the magnet is not justified, that it is a misuse of a certain type of fallacy, yet it is instructive of how we can never overcome our prejudices and see that there may be more to the eye than the simple dichotomies that our philosophical visions allow us to think.

From Parmenides to Spinoza and Hegel and beyond the monism of the identification of Mind and Being, or Cognition and its Object has fought itself out in the struggles of philosophical speculation. Are the wars over? No. Can there ever be an end to these wars? Probably not. There are those that reduce Mind to Being, and others that reduce Being to Mind; and, still others that say to reduce things to either side of the equation is erroneous, that what must be done with such illusions once and for all is to make decisive division: that we must make a cut, divide the two from each other with only the neutral conceptual bridge to bind them, thereby separating thought from being forever. Yet, if they are be conquered and divided with only the concept to bridge the gap between them, then on which side of the divide will this belated neutrality trump: the ontological or epistemological, Mind or Being? Or, maybe we are asking the wrong questions about thinking and being.

The same could be said of Substantive as against Processual philosophers: within both camps there are the extremes of subjectival and objectival stances. I see that being played out between such camps and the OOO substantial formalists and the Process oriented philosophers of the blogosphere. Even in this sphere there are those that or subjectival and objectival, idealist and materialist. The battles between Ontology and Epistemology have been with us from the beginning. In Parmenides we come to know the “the Path of Trust, for Truth attends it”, as well as “that way is not because it must not be” (F.M. Cornford). Parmenides brings Ontology and Epistemology together for the first time in the sense that he opposes truth not to falsity or to belief, but to “what is not”. Yet, there is another sense that comes out of fragment B3 which runs “For it is the same thing that can be thought and that can be” (ibid DK28: B3). Certain philosophers have used this statement to defend a form of Pansychism (Plato and Hegel ). Even Cornford who translated that passage had problems with it:

“I cannot believe that Parmenides meant: “To think is the same as to be.” He nowhere suggests that his One Being thinks, and no Greek of his date or for long afterwards would have seen anything but nonsense in the statement that “A exists”means the same thing as “A thinks”. (F.M. Cornford: 34n1)1

Yet, E.D. Phillips disputes Cornford’s claim and translates it “for thinking and being are the same” (Phillips 1955: 553). Phillips goes so far as to say that Parmenides is the first Idealist, “who believes that what can be thought must be real”(556). Hegel sounds closer to Phillips when he says “thinking is therefore identical with its Being, for there is nothing other than Being” (1970a: vol. 18, 289-90). Hegel’s whole systematic philosophy is founded on the Parmedian vision in the sense that “indeterminate Being” provides the basis for and starting point: thinking starts necessarily from being, from ‘what is’. This is Hegel’s Objective idealism.

On the other hand there is Heidegger’s Subjective idealism if “thinking and being are the same” it is:

“… because thinking remains a subjective activity, and thinking and Being are supposed to be the same according to Parmenides., everything becomes subjective. There are no beings in themselves. But such a doctrine, so the story goes, can be found in Kant and German Idealism. Parmenides already basically anticipated their doctrines. (2000: 145 Introduction to Metaphysics)

Of course the great battle has always been over the “what is“: do we start from what is ontological or epistemological? So far we have seen three approaches: pansychist, objective, and subjective idealisms that somehow also feed into materialisms as their polar opposite or reversal. And the major problem that has confronted either approach has been twofold: first, how the identity of being and thinking exhausts what is; and, second, which determines the other. One of the keys to this type of thinking has been there from the beginning. For Parmenides the limit to “what is” is the thought of “what is not”. Being is opposed to not-Being as the limit of what can be thought.

Yet, this presents the paradox for Parmenides monism: if “what is not” is the limiting principle of “what is”, and “what is” is defined only against “what is not” then “what is not” must be included in “what is” for it to be thinkable: for if thinking and being are one, then what is includes what is not as its limit. Yet, this is expressly what Parmenides denies. As Dunham, Grant, and Watson report in their history of Idealism, quoting Kahn:

“A real distinction between knowledge and its object, or between language and the world, is excluded by [Parmenides] rigid dichotomy of what is and what is not. Such a distinction is all the more alien to his philosophy insofar as the logical laws (excluded middle, non-contradiction, identity) which he has discovered in thought and in language are understood  by him as construing the very structure of the real” (17).1

It comes down to this: if what is can only be thought by what is not (i.e., through negation): how is negation thinkable? Yet, if the logical laws of Parmedian thought are valid then “what is not” must be. In a previous essay I have spoken of Quentin Meillassoux’s use of the ’empty sign’ and mathematics to answer this question. What I mean by this is that one way to answer this paradox of what is from what is not is to argue that the difference lies in the content of thought: the thought of what is, that is, has an object, whereas the thought of what is has none whatsoever. And, for Meillassoux the content of the object is itself empty, not-Being.

The problem has always been the fine line between these two: what is from what is not. Negation is the key. The Great Crack in the ruinous gap But is this done from an ontological or epistemological perspective? The difficulty lies in describing just how thought and being can ever “relate” to each other through negation. Or should we call say this is the difference that makes a difference? And, what of time? Or, to put it another way what of the two readings of time that Deleuze spoke of in The Logic of Sense? Maybe, one would interject the Logic of the Event into the equation, instead? One must have a theory of causality that explains both thinking and being and the relations between the two; or, be done with philosophy altogether. Or, again as Deleuze said of Emile Zola’s ‘crack’:

“It is as if the crack runs through and alienates thought in order to be also the possibility of thought, in other words, that from the vantage point of which thought is developed and recovered. It is the obstacle of thought, but also the abode and power of thought – its field and agent” (332-333).

One almost wants to return to mythology:

Ginnungagap, the Yawning Void … which faced toward the northern quarter, became filled with heaviness, and masses of ice and rime, and from within, drizzling rain and gusts; but the southern part of the Yawning Void was lighted by those sparks and glowing masses which flew out of Múspellheim. (The Voluspa)

Crack, Yawning Voids, Ginnungagaps –  take your pick: it is within this emptiness, cut, or separation between thought and being that a resistance arises, the thermodynamics of mattering…. or, maybe James Joyce had it right after all when he chose to have a drunk Irishman dream between two times: before and after, past and future, the viconian recurso of all thinking and being within the crack, gap, ginnungagap of time itself as Void. Think of the gap as a freeze-frame in an ongoing cinematic presentation, one frame cut out of the total time becomes the iconic representation that philosophy in its strange delirium takes as the whole itself. Rather than realizing that it is but a cut in the fabric of reality: a singular frame of an infinite film that like a Mobius strip folds forever on itself with only surface effects jumping between gaps to produce that strange swerve, one that produces the marvelous miracle of change and freedom we call this particular moment of our lives…. instead, philosophy thinks, ah, here we are with this substantive object, this thing, caught within our frame of inference/reference: this, just this is real… but is it? Is it not rather the illusionary cut of a decision, of a performativity that acts, that produces the cut in the real, that separates out that which is in itself not separate, but is  in fact an abstraction from the real – a decision, a performative act: and through this decisionary process we connect thinking and being? Is it not this connecting process, this performative act which is an act of invention that produces the very change we know as freedom? So that this negation that produces the gap, the cut, the separation is in itself the performative act that brings into focus the relation between thinking and being that was not there before or after, but is there as a present event? The event is that which emerges out of this gap between the before and after as the convergence of thinking and being as relation-in-difference. And it is this difference that makes a difference?

7 thoughts on “What is and What is not: Parmenides, Negation, and the Limits of Thought”