“No ontology of time is possible, and yet ontology remains the sole foundation for discursive practices. There are only the shattered spars and the parodies of philosophy, as ruinous time pounds thought into the embers of an unwitting sacrifice, wreathed in a laughter as cold and nakedly joyous as the void.” 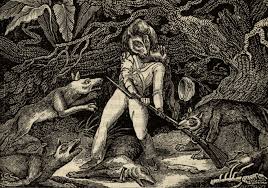 The poetry of the void should be our battle cry, instead it has become our burial tomb. We live in caves of self-immolation, frightened by the very powers, the forces of existence below us that – if we would only allow them into our lives – might give us an existence worth living, rather than the embers of a consumptive nightmare. Nick Land saw time as mattering, as power and flow; not as a mode of being, nor a category of the mind’s perceptive faculties. Land ties his battle against Augustine and the scholastics, and especially their premier philosopher Saint Thomas Aquinas when he says:

“Time is the suicidal jealousy of God, to which each being – even the highest – must fall victim. It is thus the ultimate ocean of immanence, from which nothing can separate itself, and in which everything loses itself irremediably. The black mass of jealous rage swells like a cancer  at the core of the universe, or like a volcanic ulceration in the guts of God, and its catastrophic eruption consumes all established things in the acidic lava of impersonality” (95).1

For Land Time is the Great Destroyer: the entropic impulse at the heart of reality. And, as we all learned in school, the second law of thermodynamics states that the entropy of an isolated system never decreases, because isolated systems spontaneously evolve towards thermodynamic equilibrium — the state of maximum entropy. This is what the physicists all mean by the heat-death of the universe. It’s all winding down. According to the second law, the entropy of any isolated system, such as the entire universe, never decreases. If the entropy of the universe has no maximum upper bound then eventually the universe will have no thermodynamic free energy to sustain motion or life, that is, the heat death is reached. Of course we could debate this, and many physicists now argue for alternative visions of our universe. Current debates not withstanding what is important is not entropy itself but the order that is produced within an entropic system.

As we listen to Land in the next passage we get a sense of just what Order is:

“As the destroyer the universe is time, and as the destroyed nature, but in the destruction nature sloughs-off the crust in which it had petrified itself and infests time like rot, regressing to its molten core; base-matter, becoming, flow, energy, immanence, continuity, flame, desire, death” (96).

It is against this dark truth that Civilizations emerged as our illusionary protectors. Philosophy itself has at times been used to hide this truth from its own practitioners. In fact reason is the bastard child of such philosophies. Land:

“Nothing could be more evidently intelligible than the fact that: ‘no enterprise has cost a sum of labor greater than that which sought to arrest the flow of time’ … ‘Civilization’ is the name we give to this process, a process turned against the total social calamity – the cosmic sickness – inherent to process as such” (96).

It is the rituals, customs, and codes of civilization that bind us to the heterotopias of illusionary worlds, but below the surface of our everyday consciousness churns the truth, the secret flows of unendurable forces that seek to mangle us within their dark contours. Civilizations construct abstract narratives, mythologies, religions, philosophies, cultural complexes that enforce synchronous absolutizing narratives of time-as-history, a “history without impingement, extrinsically compiling events into manipulable series” (97). As he states it:

“Every civilization aspires to a transcendent Aeon in which to deposit the functional apparatus of chronos without fear of decay. What is dammed-up in the Aeon is the densely material time of rupture and ruthless re-creation, whilst what remains to anemic chronology is time as the medium of homogeneous, commensurable, and reproducible processes; a domesticated temporality adjusted to work, from which catastrophe has been abstracted-out through sublimation into the infinite” (97).

It’s this internecine battle between time as synchrony and as diachrony that demarcates the difference between philosophical approaches to our predicament in the universe. Those who would bind us to a synchrony of time seek to enslave us, entrap us within systems of logic and reason that would fold us under the political and religious monomaniacal visions of endless war and apocalyptic gloom. They seek to petrify us, stabilize our minds, zombiefy and deaden us against the harsh truths, tell us sweet stories of order and beatific visions of divine wisdom. Land tells us this imprisoning vision of synchronous time  is “founded upon an immense and precarious stabilization…”:

Synchronization has as its basic presuppositions  the Aeon as final register of events, as the perfectly immaculate scroll upon which creation’s unfolding is inscribed, and it is because of this that it corresponds to the servility of God; to his proper function and cosmic duty as bookkeeper of the universe” (97).

What are they hiding from us? These priests of the cosmic bookkeeper? What they are hiding is the diachronic, asychronos truth of time itself; that it is neither arbitrary, nor synchronous, but is the very rupture of time’s flow at the core of the immanent negativity of the real. Against this rupture of the real as the immanent pressure of time the philosophers of the divine theoontologics of civilization constructed a ‘thanatology, a logic of death'(103). These pious “annihilationists are committed not only to the possibility of thanatology, but to its effective existence in the divine intellect, as the absolute pinnacle of reason and justice” (103).

The Law of Thanatology that these pious zombies hold over us under the guise of divine blessing forms the nucleous of an eliminative negativity at the heart of civilization itself. There are two ways in which this negative eliminativism can be approached: the formal and the speculative. The formal elimination corresponds to a positivity understood as extraneous to its negative qualification, while the speculative is the simultaneous inherence and non-inherence of such qualification to positivity. (103) In both cases the content of such a negation is determined by that which is qualified by it, which is the precise definition of elimination. (103)

At the heart of this is a reading of Hegel, an aspect of Hegel’s incorporation of the Spinozistic principle of a speculative “restlessness germinal in formal reasoning” which is defined as a positivity that is determined by its exact elimination… or as in Hegel – the  “foundation of all determinateness is negation” (103). The indeterminatination as eliminative can only be understood as formal negation or its speculative development as determination which is the truth of Hegelianism. But something quite different to this formal or speculative eliminativism is entailed in the “indeterminate sense of indeterminate negation” that leads us to the notion of ferocious negation:

“Ferocious negation is radically heterogeneous in respect to the annihilation it effects, so that it is intrinsic to its definition that it cannot be derived from its eliminative consequences by either formal or speculative logic.” (103)

It is this very Hegelian system of the laws of identity, non-contradiction, or determinate negation that have kept us from the risk of this necessary ferocious negativity by insisting on the simultaneity of logical relations, or the absence of temporal differentiation that produced both a weak (scientistic) or strong (religious) ideality (Idealism). Against such ideality Land proposes the ferocity of a new erotics of the real, a ferocity that is not “reflectively determined through the exercise of a negation …” but offers a real composition generated in a violent collision of heterogeneous elements, whose issue is a complex synthesis (104). This ferocity is excess itself, the force of time that escapes the nets of all logics of civilization or philosophies of a tepid Idealism. What cannot be bound is the truth that Nature “far from being logical, is perhaps entirely the excess of itself, smeared ash and flame upon zero, and zero is immense” (104).