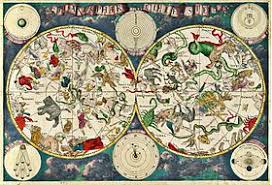 Just started reading Stephen Gaukroger’s The Emergence of a Scientific Culture: Science and the Shaping of Modernity 1210-1685. This is the first in a projected series of works that will trace the historical emergence and consolidation of scientific culture in the West during the modern era. The second volume The Collapse of Mechanisim and the Rise of Sensibility: Science and the Shaping of Modernity, 1680-1760 was recently published as well. Another volume The Naturalisation of the Human and the Humanisation of Nature: Science and the Shaping of Modernity, 1750-1825 should follow soon. He says in the forward that future volumes will bring us right up to current debates over the unification of Science and scientific naturalism. What I do like is that he doesn’t seem to have any axe to grind. He includes both the religious and non-theistic philosophical and cultural perspectives that underpin that history.

At the center of this work is the theme of natural philosophy as it emerged out of scholastic Aristotelianism during the thirteenth century. It was this enterprise that underpinned the systematic theology of that era, as well as “giving natural philosophy a cognitive priority that was to become one of the key features of early-modern scientific culture” (17). It was during this era that “natural philosophy was transformed from a wholly marginal enterprise into the unique model of cognitive inquiry generally” (17).

I’ve barely begun to skim the surface of this promising work, but am already fascinated by the richness and depth of detail that I see in its 500 or so pages. For those interested he has a short introductory on his second volume on berfrois: