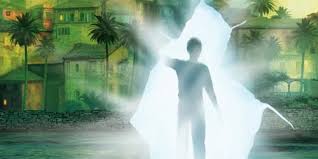 “Metaphysics conceived of the autonomy of the object in terms of the model of substance. But successive critiques of the hypostatization of substance from Kant to Heidegger have undermined the plausibility of metaphysical (substance based) realism, thereby securing the triumph of correlationism. Laruelle’s work challenges this correlationist consensus by proposing a version of transcendental realism wherein the object is no longer conceived of as a substance but rather as a discontinuous cut in the fabric of ontological synthesis. It is no longer thought that determines the object, whether through representation or intuition, but rather the object, that seizes thought and forces it to think it, or better, according to it. As we have seen, this objective determination takes the form of a unilateral duality whereby the object thinks through the subject.”

Also for those interested in François Laruelle’s project of non-philosophy Anthony Paul Smith will be talking in Dublin Wednesday 9 January 2013:

Interest in François Laruelle’s project of non-philosophy continues to grow, in part because the seeming closeness of his project to that of speculative realism. In this talk Anthony Paul Smith aims to introduce the basic contours of Laruelle’s works in relation to those of speculative realism. While Laruelle has championed a form of thought that is in many ways more virulently non-correlationist than even Meillassoux, he attends to political and ethical questions in a way that appears to weave seamlessly this non-correlationism with a revised, non-standard humanism very different than the anti-humanism present amongst the speculative realists. Exploring this may show how Laruelle’s version of philosophy of science is amenable not with a cold world, but with a vision that simply isn’t worldly.