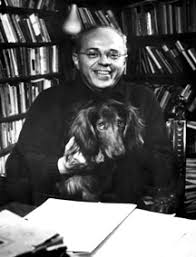 I remember well my feelings when I read Mr. Sammler’s Planet, by Saul Bellow. Now, I thought that book very good— so good that I have read it several times. Indeed. But most of the things that Mr. Bellow attributed to his hero, Mr. Sammler, in recounting his experiences in a Poland occupied by the Germans, didn’t sound quite right to me. The skilled novelist must have done careful research before starting on the novel, and he made only one small mistake— giving a Polish maid a name that isn’t Polish. This error could have been corrected by a stroke of the pen. What didn’t seem right was the “aura”— the indescribable “something” that can be expressed in language perhaps only if one has experienced in person the specific situation that is to be described. The problem in the novel is not the unlikeliness of specific events. The most unlikely and incredible things did happen then. It is, rather, the total impression that evokes in me the feeling that Bellow learned of such event‹ from hearsay, and was in the situation of a researcher who receives the individual parts of a specimen packaged in separate crates and then tries to put them together. It is as if oxygen, nitrogen, and water vapor and the fragrance of flowers were to be mixed in such a way as to evoke and bring to life the specific mood of a certain part of a forest at a certain morning hour. I do not know whether something like this would be totally impossible, but it would surely be difficult as hell. There is something wrong in Mr. Sammler’s Planet; some tiny inaccuracy got mixed into the compound. Those days have pulverized and exploded all narrative conventions that had previously been used in literature. The unfathomable futility of human life under the sway of mass murder cannot be conveyed by literary techniques in which individuals or small groups of persons form the core of the narrative. It is, perhaps, as if somebody tried by providing the most exact description of the molecules of which the body of Marilyn Monroe was composed to convey a full impression of her. That would be impossible.