Cambridge scientists at the Large Hadron Collider (LHC) at CERN, near Geneva, have spotted one of the rarest particle decays ever seen in nature.

The result is very damaging to new theories like the extremely popular Supersymmetry.

Current knowledge about the most fundamental matter particles (quarks and leptons, such as an electron) and the forces between them is embedded in the so-called Standard Model. The particle masses are a consequence of their interactions with the Higgs field. Exciting the Higgs field in particle collisions at the LHC recently resulted in the discovery of the Higgs boson. (Science Daily, Nov. 13, 2012) 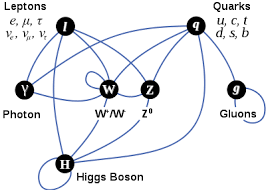 In particle physics, supersymmetry (often abbreviated SUSY) is a symmetry that relates elementary particles of one spin to other particles that differ by half a unit of spin and are known as superpartner. In a theory with unbroken supersymmetry, for every type of boson there exists a corresponding type of fermion with the same mass and internal quantum numbers (other than spin), and vice-versa.

There is no direct evidence for the existence of supersymmetry. It is motivated by possible solutions to several theoretical problems. Since the superpartners of the Standard Model particles have not been observed, supersymmetry must be a broken symmetry if it is a true symmetry of nature. This would allow the superparticles to be heavier than the corresponding Standard Model particles. 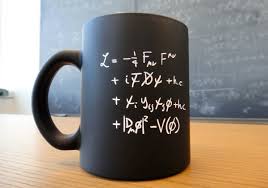 The Standard Model of particle physics is a theory concerning the electromagnetic, weak, and strong nuclear interactions, which mediate the dynamics of the known subatomic particles. Developed throughout the mid to late 20th century, the Standard Model is truly “a tapestry woven by many hands”, sometimes driven forward by new experimental discoveries, sometimes by theoretical advances. It was a collaborative effort in the largest sense, spanning continents and decades. The current formulation was finalized in the mid 1970s upon experimental confirmation of the existence of quarks. Since then, discoveries of the bottom quark (1977), the top quark (1995), and the tau neutrino (2000) have given further credence to the Standard Model. More recently, (2011–2012) the apparent detection of the Higgs boson completes the set of predicted particles. Because of its success in explaining a wide variety of experimental results, the Standard Model is sometimes regarded as a “theory of almost everything”.