“We should fully accept this openness, guiding ourselves on nothing more than ambiguous signs from the future.” 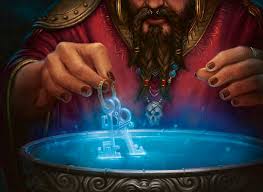 Or maybe… a philosopher, an Idealist and semiotician or Lacanian deep diver after dark portents and signs from the future. Fragments of an apocalypse or generative ideas awaiting their emergence?  Maybe there is an Idea hidden in the deserts of the Real awaiting its prophet? Dare we say it… a Communist Idea?

Reading signs, events, or omens has been with us from the earliest ages. Ancient Chinese history offers scrupulously documented occurrences of strange births, the tracking of natural phenomena, and other data. The Roman historian Livy stresses the importance of the augurs: “Who does not know that this city was founded only after taking the auspices, that everything in war and in peace, at home and abroad, was done only after taking the auspices?”.

Has Slavoj Zizek taken on the role of Augur for our age? “Radical emancipatory outbursts cannot be understood in this way: instead of analyzing them as part of the continuum of past and present, we should bring in the perspective of the future, taking them as limited, distorted (sometimes even perverted) fragments of a utopian future that lies dormant in the present as its hidden potential” (Kindle Locations 2369-2371). Like an augur who casts lots and reads them for signs from the future, Zizek asks us to read the fragmented outbursts around the world as fragments of some utopian dream city lying just below the subterraenean rubble of the present. Yet, this is not just any future he hopes to divinize into the present of our emancipatory moment, these fragments of a distorted tension hide the reality of the Communist Idea. Zizek offers to teach us a new art: “the art of recognizing, from an engaged subjective position, elements which are here, in our space, but whose time is the emancipated future…” (Kindle Locations 2373-2374).

An Idealism you ask? Of course it is. It is a return to subjective engagement, and political engagement, and… can we say it, – a post-ideological engagement in a possible, potential future that seems to be hiding in the very fragments of our failed outbursts? As Adrian Johnston tells us on the one hand, the subject is an overdetermined effect of subjection; and, on the other hand, the subject is an unpredicatble upsurge of freedom (Zizek’s Ontology 286). For Zizek ‘freedom’ is both a question and a problematique: How does a philosopher approach the problem of freedom? (Zizek! The Movie)

Even back when he wrote First as Tragedy Then as Farce, what he saw in the fragments of the old Left slowly returning to their roots ready to “begin from the beginning” was a reinvention of the Communist Idea on a new basis. Even those old guard who were “decried by enemies as dangerous utopians” kept the dream alive; ones like Deleuze, who “just before he died, was in the middle of writing a book on Marx”. In his pursuit of a materialism that would ground subjectivity in freedom Zizek, according to Johnston, tells us that our very “material being itself is already perforated by irreducible antagaonisms and inconsistencies” (287). There ia war going on just below our feet, a war for the past, present, and future.

The time of a “revealed Communism” is over: “we can no longer pretend (or act as if) the Communist truth is simply here for everyone to see, accessible to neutral rational historical analysis; there is no Communist “big Other,” no higher historical necessity or teleology to guide and legitimize our acts” (Kindle Locations 2416-2418.). Instead of some “Big Other” to found all our utopian dreams, we have “an Otherless, barred Real”  (Zizek’s Ontology 287). “What defines today’s Communist is the “doctrine” (theory) that enables him to discern in (the contemporary version of) a “miracle”— say, an unexpected event like the uprising in Tahrir Square— its Communist nature, to read it as a sign from the (Communist) future” (Kindle Locations 2420-2422).

We can no longer turn to the intellectuals to divine this future for us. Faced with the demands of the protesters, intellectuals are definitely not in the position of the subjects supposed to know: they cannot operationalize these demands, or translate them into proposals for precise and realistic measures. With the fall of twentieth-century communism, they [Intelligentsia] forever forfeited the role of the vanguard which knows the laws of history and can guide the innocents along its path  (Kindle Locations 22454-22457).2 Ultimately it will be up to the multitude, the people, the proletariat themselves and their subjective engagement that will uncover this utopian desire below our feet.

“The first thing to remember is the radical asymmetry of the class struggle: the aim of the proletariat is not simply to negate (in whatever way) its enemy, the capitalists, but to negate (abolish) itself as a class. This is why we are dealing here with a “third way” (neither proletarian nor capitalist) which is not excluded, but also with a suspension of the principle of contradiction (it is the proletariat itself which strives to abolish itself, its condition). (Less Than Nothing Kindle Locations 22508-22511).

Yet, this future isn’t something that sits there like a potential force waiting to be lured out of its hiding place, this future is not “objective”; it will come to be only through the subjective engagement that sustains it (Kindle Locations 2424-2425). Ultimately against Marx, Zizek would return us to Hegel:

“[W]hat Marx conceived as Communism remained an idealized image of capitalism, capitalism without capitalism, that is, expanded self-reproduction without profit and exploitation. This is why we should return from Marx to Hegel, to Hegel’s “tragic” vision of the social process where no hidden teleology is guiding us, where every intervention is a jump into the unknown, where the result always thwarts our expectations. All we can be certain of is that the existing system cannot reproduce itself indefinitely: whatever will come after will not be “our future.” (Kindle Locations 2489-2493).

What comes after will not be “our future”, but the very activated moment in passing through transformation of a radical emacipation into that utopian time so many term the Communist Idea. An Idealism turned material… a utopia vanishing into the present real moment of our collective engagement as free subjectivities.

But why Hegel? Why a return to the long shadow of this Idealism? We know that after WWII two figures came to prominence: Alexander Kojeve and Jean Hippolite, both Hegelians but in fierce opposition to each others use of Hegel. Kojeve supplanted the Absolute Hegel with an anthropological reading, while Hippolite opposed Kojeve’s centerment of the Phenomenology as a conflation of philosophy with anthropology with his own reading the the Logic. Out of this mileau came the students of both men. Jean-Paul Sartre, Merleau-Ponty, Georges Bataille, Emmanuel Levinas and Jaques Lacan followed Kojeve, while Jaques Derrida, Michel Foucault, Deleuze and Badiou had all studied under Hippolite at one time or another (Idealism 293). 3 Jeremy Dunham, Iain Hamilton Grant, Sean Watson in their excellent history of Idealism present these two figures of Hegel that emerged out of the thought of Kojeve and Hippolite as the twin poles of an erotic Hegel and a rationalist Hegel (293).

Yet, this was not a Hegel to be embraced, no, instead both groups became anti-Hegelian in their approach, and yet, none were able to surpass this old monster of Idealism. Focault and Badiou both affirmed a need to surpass him, yet for all he remained unsurpassable (Idealism 294). Out of this need came a war among the disciples of these two philosophers as to what in deed should replace the long shadow of the dialectic. It was in Deleuze that we saw both tendencies of the erotic and rationalist emerge. Following Hippolite Deleuze affirmed the equation of philosopy with ontology while “disputing the equation of ontology with logic” (Idealism 294). Deleuze promoted difference over contradiction in Hegelian philosophy which lead to other Platonic problems. Yet, Deleuze and Guarttari both followed the erotics of Kojeve in psychology (Anti-Oedipus).

Similarly, Badiou followed Hippolite in an anti-empircal reading of Hegel’s Logic opposing a mathematization of ontology to an empirical approach. Yet, in the end we see Badiou returning to an empirical approach in Logic of Worlds with a Hegelian reinscription of the logic of appearances. The authors of this history of Idealism support a view that Badiou’s is a materialism that has as its “starting point the postulate that ‘every atom of appearing is real’ (Idealism 295). Zizek called this turn Badiou’s “Fichteanism” in that Ficht had his ‘transcendental logic’ but also affirmed activity over being (Idealism 295). As the authors of this history tells us: it is this thesis, taken as a political imperative, and echoed in what Badiou calls “an essential national tendency” to make knowledge “subordinate to ethics”, that brings Badiou in alignment with Kojeve (Idealism 295).

It was out of Badiou’s grounding in Hegel that Zizek ultimately emerges with a new materalism, one that in non-reductionist, a radical materialism that opposes such elminativist and reductivist versions as found in contemporary neurophlosophy (Churchland and company). Zizek’s Idealism comes into play when he returns to a subjectivist investment. Zizek inserts the subject into the production of natural phenomenon, as against science’s reductive approach in which knowledge is seen as a passive, contemplative and descriptive presentation of nature (Idealism 295). Zizek’s Fichteanism turns on the constitutive nature of the subject being responsible for its objects. It was Ficht who supported “acts” over being, so that responsibility,  with its “normative political entailments, does not claim authorship of the object, but only that the subject is actively and insuperably involved in its articulation, its conception and its application (Idealism 296).

Against an ontology of the real Zizek opposes the “status” of nature by affirming that the activity of a subject has no access to a thing-in-itself, but also withdraws from it any ontological status in preference to a practical one (Idealism 296). According to this Fichtean reading Zizek tells us that “reality is primordially experienced as the obstacle to the I’s practical activity… that nature (the inertia of material objects) exists only as the stuff of our moral activity, that its justificationn can only be practicla-teleological. This is why Fichte rejects all attempts at a speculative philosophy of nature” (Idealism 296).

Nature is seen in Zizek’s terms as nothing more than the “subject’s prehistory”, which the subject experinces as drives (Idealism 296). The authors of this history see in Zizek a “materialism of drives in his psychoanalytical account of Schelling; a materialism of decision in his political account of Fichte; and a materialism of consciousness in his account of Hegel (Idealism 296). What is being layed out in Zizek is the old battle between Hippolite and Kojeve, between ontology and eliminativism, science and desire, knowing and willing in which Hegel is the progenitor.  If we accept what these authors of a history of Idealism want us to believe, then what is happening in Continental streams of philosophy, and French philosophy in particular, is a battle over the legacy of Idealism itself as found in Hegel. This remains to be seen…