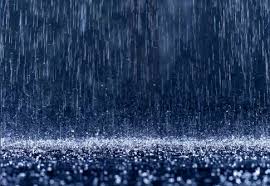 In July 1982, first in a clinic at Soisy-sur-Seine and then in his Paris apartment, Althusser began writing again. In a few months, he had completed a dozen texts on both the political conjuncture and what he would henceforth call ‘the materialism of the encounter’.

It was out of my confrontation with this book, Philosophy of the Encounter: Later Writings, 1978-1987, that my own journey down the path of  philosophical materialism took a distinct swerve toward an aleatory materialism; one that Althusser once termed the ‘materialism of rain’: “…the existence of an almost completely unknown materialist tradition in the history of philosopy: the ‘materialism’ (we shall have to have some word to distinguish it as a tendency) of the rain, the swerve, the encounter, the take.

It is this secret history of materialism that flows out of Epicurus, Lucretius, Spinoza, Machiavelli, Hobbes, Rousseau, Marx, Heidegger, Derrida, and now Deleuze and beyond that offers us a way forward. And, of course, the great enemy to be overcome is as always Idealism in all its multifarious forms. Althusser remarks against a notion of clinamen affirmed within the discourse of Idealism, “if Epicurus’ atoms, raining down parallel to each other in the void, encounter one another, it is in order to bring out, in the guise of the swerve caused by the clinamen, the existence of human freedom even in the world of necessity” (168). It’s against this ‘idealism of freedom’ that his work portends a correction.

And what is this correction? It is this: the philosophy of the void! When Spinoza finds that God is Nature unbound Althusser asks:

“What remains of philosophy once both God and the theory of
knowledge, destined to establish supreme ‘values’ that provide the measure of all things, have been reduced to naught?(179)”

This philsophy of the void teachs us the rejection of all “finality, all religion and all transcendence”(179). We are in the void and the void is in us.

“Rousseau alone thinks the state of ‘pure’ nature, and, when he does, thinks it as a state lacking all social relations, whether positive or negative. He uses the fantastic image of the primeval forest to represent it, recalling another Rousseau, Le Douanier, whose paintings show us isolated individuals who have no relations to each other wandering about: individuals without encounters” (184). The forest is the equivalent of the Epicurean void in which the parallel rain of the atoms falls. Rousseau seeks to represent, at a very high price (the absence of children), a radical absence of society prior to all society; and – condition of possibility for all society – the radical absence of society that constitutes the essence of any possible society(184). As he tell us it was this radical thesis: that the radical absence of all society constitutes its very essence, the condition of its possibility that even Rousseau’s contemporaries did not fathom nor comprehend. Abscence rather than presence as the condition of all possible worlds: the philosophy of the void.

Althusser then asks: For a society to be, what is required? His answer:

Through natural disasters, war, famine, plagues, etc. humans are “forced to make encounters and found associations which, in fact, last, constrained relationships spring up among them, social relationships that are rudimentary at first, and are then reinforced by the effects that these encounters have on their human nature” (190). Out of this encounter comes an aleatory conception of history, which thinks the contingency of necessity as an effect of the necessity of contingency, an unsettling pair of concepts that must nevertheless be taken into account (187). As a prefiguration of Badiou and Meillassoux we find in Althusser a compelling notion of ‘contingency’ in which these two pairs of concepts lay out the perimeters of the aleatory itself. What Graham Harman says of Meillassoux could as well be applied to Althusser:

“He takes the correlationist [human/world relation] tradition, which allows us to speak only of the relation between human and world, and tries to raise it into an even more extreme claim about the absolute contingency of everything. But whereas German Idealism did this by trying to collapse the distinction between thought and world entirely into the “thought” side, Meillassoux does it by trying to shift the non-absolute contingency of the thought-world correlate from epistemology to ontology. It is no longer a question of the inability of human knowledge to know what lies outside the correlate, but the inability of reality itself to be rooted in any definite laws” (Meillassoux’s Virtual Future).

And, yet, there is much more in Althusser who saw in these two notions a history of history:  in the concepts of encounter and conjuncture, a means with which to think not only the reality of history, but, above all, the reality of politics; not only the essence of reality but, above all, the essence of practice, and the link between these two realities in their encounter (188). At the heart of this philosophy of the encounter is the radical rejection of all philosophies of essence and of Reason itself; of efficient causation and final causation, Origin and End.

Althusser gives us a set of statements that delimit the truth of this aleatory materialism of the encounter: a) its radical opposition to any idealism of consciousness or reason, whatever its destination; b) it turns on a certain interpretation of the single proposition there is (es gibt, Heidegger) and its developments or implications, namely: ‘there is’ = ‘there is nothing’; ‘there is’ = ‘there has always-already been nothing, that is to say, ‘something’, the ‘always-already’, since the always-already is the grip (Greifen: grasp ) in German; Begriff: grasp or concept of this antecedence of each thing over itself, hence over every kind of origin; c) it is contained in the thesis of the primacy of positivity over negativity (Deleuze), the thesis of the primacy of the swerve (fall, clinamen) over the rectilinearity of the straight trajectory (arrow of time, etc.), the thesis of the primacy of disorder over order (a prefiguration of hyperChaos (Meillassoux)), the thesis of the primacy of ‘dissemination’ over the postulate that every signifier has a meaning (Derrida), and in the welling up of order from the very heart of disorder to produce a world; d) it is also contained in its entirety in the negation of the End, of all teleology, be it rational, secular, moral, political or aesthetic (against Idealisms that sponsor final causation); and, finally, e) it is the materialism, not of a subject (be it God or the proletariat), but of a process, a process that has no subject, yet imposes on the subjects (individuals or others) which it dominates the order of its development, with no assignable end (against teleology: is it just here that Marx went wrong and must be overcome? as in Zizek: “we must get rid of the last vestiges of Marx’s evolutionary historicism”) (189-190).

In this world without being or history, beginnings or ends, causal efficiency or final causes what happens? “What happens there is what happens in Epicurus’ universal rain, prior to any world, any being and any reason as well as any cause” (191). In this world the primacy of ‘nothing’ over all ‘form’, and of aleatory materialism over all formalism charts the course of every encounter. Yet, not just anything can produce just anything, but only elements destined to encounter each other and, by virtue of their affinity, to ‘take hold’ one upon the other – which is why, in Democritus, and perhaps even in Epicurus, the atoms are, or are described as, ‘hooked’, that is, susceptible of interlocking one after the other, from all eternity, irrevocably, for ever (192). Yet, they are not related or interlocked or activated unless perturbed by the swerve of a trajectory, a fall, a clinamen. They could remain isolated, alone, withdrawn from all eternity as well. It is the swerve as relation rather than a plenitude of relation from the beginning (Origin; efficient causation) or the end (final causation; teleology). Relata precede relations (Barad).

This philosophy of the encounter overthrows Aristotle’s first philosophy, the  philosophy of Being, instead the world and atoms enter into relation through the fall, the swerve, and once they have thus ‘taken hold’ or ‘collided-interlocked’, the atoms enter the realm of Being that they inaugurate: they constitute beings, assignable, distinct, localizable beings endowed with such-and such a property (depending on the time and place); in short, there emerges in them a structure of Being or of the world that assigns each of its elements its place, meaning and role, or, better, establishes them as ‘elements of . . . ‘ (the atoms as elements of bodies, of beings, of the world) in such a way that the atoms, far from being the origin of the world, are merely the secondary consequence of its assignment and advent (192).

Out of this we discover three things:

1. for an object (a body, an animal, state, or Prince) to be, an encounter has to have taken place (past infinitive);
2. there are encounters only between series of beings that are the results of several series of causes – at least two, but this two soon proliferates, by virtue of the effect of parallelism or general contagion (as Breton put it, profoundly, ‘elephants are contagious’);
3. every encounter is aleatory, not only in its origins (nothing ever guarantees an encounter), but also in its effects. In other words, every encounter might not have taken place, although it did take place; but its possible nonexistence sheds light on the meaning of its aleatory being (193).

Are the laws of the universe, of nature, eternal or aleatory? Althusser tells us that the philosophy of the encounter supports the later,  that the aleatory basis that sustains these laws can change without reason (efficient causation), as well as without an intelligible end (final causation) (194). Against all philosophies of Being based upon either a Platonic or Aristotelian theory of substantial forms the philosophy of the encounter offers an alternamtive theory of aleatory materialism: against the Plationic theory that asserts that forms (or ideas) organize matter and make it intelligible or the Aristotelian hyle in which it is matter is what undergoes a change of form aleatory materialism offers the swerve, the encounter: a theory of movement, change, and process instead of Being.