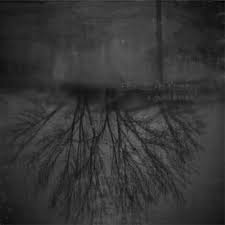 This volume has essays by Brian Massumi, Ray Brassier, Peter Hallward, Eugene Thacker, Bernard Stiegler and others. The editors speking of the late demise of theory tell us that “for some, ‘Theory’ was already passing with the end of the 1970s, whereas for others, the 1980s and early 1990s represent the height of ‘Theory’, in which feminist, postcolonial, queer and critical race theorists made their most significant contributions. Since the mid-1990s, the story goes, theory has continued to diversify, drawing on the work of a range of new figures and examining a host of new archives and arenas, but its newer incarnations offer at most a kind of afterlife of the once vital object that was ‘Theory’, a diluted form lacking in both intellectual substance and institutional prominence. As a result, conversations regarding the status of theory have become akin to an ongoing wake, in which participants debate the merits of the deceased and consider the possibilities for a resurrection desired by some and feared by others.”

Brian Massumi offers a political ensemble: “The present tense where memory and perception come disjunctively together is the time of the event that is like a lost between of the towers and their ruins, an interval in which life was suspended for an instantaneous duration that was more like a stilled eternity than a passing present, comprehending reflection gone AWOL.”

Peter Hallward seeks a politics of movement and mobilization: “Recent examples of the sort of popular will that I have in mind include the determination, assembled by South Africa’s United Democratic Front, to overthrow an apartheid based on culture and race, or the mobilization of Haiti’s Lavalas to confront an apartheid based on privilege and class. Conditioned by the specific strategic constraints that structure a particular situation, such mobilizations test the truth expressed in the old cliché, ‘where there’s a will there’s a way’. Or to adapt Antonio Machado’s less prosaic phrase, taken up as a motto by Paulo Freire: the partisans of such mobilizations assume that ‘there is no way, we make the way by walking it’ (Machado 1978).”

Eugene Thacker delves into the debates within the biopolitical spectrum:  “Today, in an era of biopolitics, it seems that life is everywhere at stake, and yet it is nowhere the same. The question of how and whether to value life is at the core of contemporary debates over bare life and the state of exception.” 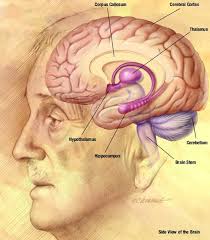 There is an interesting essay by Adrian Johnston author of several excellent works, especially his work on Zizek and Badiou: Žižek’s Ontology: A Transcendental Materialist Theory of  Subjectivity (2008), and Badiou, Žižek, and Political Transformations: The Cadence of Change (2009). His essay in this book, Toward a Grand Neuropolitics – or, Why I am Not an Immanent Naturalist or Vital Materialist, which delves into the philosophy of “immanent naturalism” as typified by William Connelly who’s stance within his books Neuropolitics and A World of Becoming offers him grist for the mill. Johnston mentions Jane Bennett’s new work as well Vibrant Matter as well. I’ve only been able to do a cursory scan this and other essays wihtin this excellent volume of essays, but am intrigued by the subject already.

As Frank Vander Valk says in the introduction to the volume: “One of the consequences of the claims about the revolutionary nature of neuroscience has been that established concepts, ideas, and texts from political theory have not been sufficiently integrated into the emerging discussion of social (and political) neuroscience. This collection addresses that problem by explicitly connecting neuroscience research to major figures in the history of political theory (e.g. Aristotle, Hobbes) and specific issues in the field (e.g. deliberative democracy, gender, subjectivity). These are important first steps, not only in working through what neuroscience means (and does not mean!) for political theory, but also for providing examples of the contribution that political theorists can make to understanding the richness of biocultural entities.

William Connelly whom we met in the prevous volume tells us int the introduction to this grouping of philosophical discussions by George Kateb, Charles Taylor, and Judith Butler among others tells us that although each of them may differ over critical stances within leftist political and philosophical traditions, yet they all converge on three important aspects of the ontological dimension:

“First, each embraces a positive ontological orientation, as when Taylor focuses on the complexity of human embodiment, supports a fugitive philosophy of transcendence, seeks to become more closely attuned to a final moral source that cannot be known in a classical epistemic way, and defines ethical life in terms of a plastic set of intrinsic purposes to be pursued rather than a set of universal laws to be obeyed. Each of the others takes different stances on the same issues. Second, each theorist discerns a loose set of relations between the ontology adopted, the ethical-political priorities endorsed, and specific dangers and possibilities to be identified. None suggests that an ontology determines a political stance, but all contend that it filters into politics, so that it would be a mistake to say that ontology has no influence on politics. Taylor’s faith in the grace of a loving God, for instance, enters into his politics, even if the element of mystery he discerns in divinity means that he does not delineate the tight set of moral commands presented by Pope Benedict XVI and a large section of the evangelical movement in America. Third, each figure acknowledges the ontology he or she embraces to be susceptible to reflective and comparative defense; but most conclude that it is unlikely to be established either by such airtight arguments or universal recognition that it rules every other possibility out of court. Each party-though perhaps to different degrees-is thus a pluralist, seeking to bring their onto-orientation into the public realm while recoiling back on tensions and uncertainties in it enough to invite open-textured negotiations with others. Each advances a bicameral orientation to citizenship, seeking to give his or her own orientation public presence while conceding a place to others. Discernible in the differences between them is the common appreciation of a paradoxical element in politics.”