The Sun was formed about 4.57 billion years ago from the collapse of part of a giant molecular cloud that consisted mostly of hydrogen and helium and which probably gave birth to many other stars. This age is estimated using computer models of stellar evolution and through nucleocosmochronology.  The result is consistent with the radiometric date of the oldest Solar System material, at 4.567 billion years ago.  Studies of ancient meteorites reveal traces of stable daughter nuclei of short-lived isotopes, such as iron-60, that form only in exploding, short-lived stars. This indicates that one or more supernovae must have occurred near the location where the Sun formed. A shock wave from a nearby supernova would have triggered the formation of the Sun by compressing the gases within the molecular cloud, and causing certain regions to collapse under their own gravity.  As one fragment of the cloud collapsed it also began to rotate due to conservation of angular momentum and heat up with the increasing pressure. Much of the mass became concentrated in the center, while the rest flattened out into a disk which would become the planets and other solar system bodies. Gravity and pressure within the core of the cloud generated a lot of heat as it accreted more gas from the surrounding disk, eventually triggering nuclear fusion. Thus, our Sun was born. 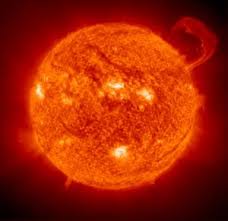 Is the Sun an Autopoietic System?

“An autopoietic machine is a machine organized (defined as a unity) as a network of process of production (transformation and destruction) of components that produces the components which: (i) through their interactions and transformations continuously regenerate and realize the network of processes (relations) that produced them; and (ii) constitute it (the machine) as a concrete unity in the space in which they (the components) exist by specifying the topological domain of its realization as such a network. It follows that an autopoietic machine continuously generates and specifies its own organization through its operation as a system of production of its own components, and does this in an endless turnover of components under conditions of continuous perturbations and compensation of perturbations.” (Maturana & Varela 1980; p.79)

In short, an autopoietic system is a unity whose organization is defined by a particular network of production processes of elements, not by the components themselves or their static relations. Summarizing the concept of autopoiesis, it turns out that the system has three fundamental features; (1) element as momentary event, (2) boundary reproduction of the system, (3) element constitution based on the system.

The crucial point of autopoiesis in systems theory is the shift of viewpoint of element from substances to momentary events. Element of the system conventionally considered to keep existing, for example cell in living system or actor in social system. In the autopoietic system theory, however, the elements are the momentary event that has no duration. It means that elements disappear as soon as they are realized. Consequently, system must produce the elements in order to keep itself existing. Thus, the boundary of system is determined circularly by the production of elements, and it is called autopoietic system. 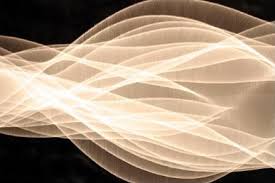 In this sense, autopoietic system does not emerge from some so-called “bottom-up”,  just because the concept of bottom-up is assumed to be given elements before emerging as system. Autopoietic systems intrinsically imply circular relation between the system and its elements. As Nicklas Luhmann once related:

“Whether the unity of an element should be explained as emergence `from below’ or as constitution `from above’ seems to be a matter of theoretical dispute. We opt decisively for the latter. Elements are elements only for the system that employs them as units and they are such only through this system. This is formulated in the concept of autopoiesis.”(Luhmann 1984; p.22)

In this sense I believe that the Sun and all stars are indeed autopoietic systems.

2 thoughts on “Is the Sun an Autopoietic System?”