“Cioran’s work must be understood in the pervasive climate of disappointment with political utopias. In his critique of the liberal, decadent West and the totalitarian aberrations it had led to, Cioran capitalized on the experience of the century and voiced the “spirit of the age,” gaining recognition as “prophet” of the era. He snatched his personal victory from the jaws of Europe’s defeat. In this “triumph of failure” lies Cioran’s “revenge,” and the secret of his self-reconstruction.” 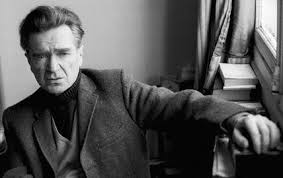 Ilinca Zarifopol-Johnston tells us that E.M. Cioran was in “spite of appearances… a profoundly autobiographical writer.” [1] Through indirection and attack, and a dialogical critique of self and society, he created a unique blend of the personal and aphoristic which invoked the sign of prophet as cynic: and became the legendary “Recluse of Saint Sulpice”. From his lonely haunt in Paris he would castigate, harangue, – and with bitter and cynical delight, spit on the face of  humanity, spewing forth in book after book the aphoristic gloamings of a philosophy of despair that would take no prisoners and offer no reprieve. For Cioran writing was both a wound and a cure, a tribulation that one must undertake against all the pain of existence. Each book was a way of overcoming the the darkest impulses within us that would lead us to that ultimate despair of suicide, for, as he memorably put it: “un livre est un suicide différé” [a book is a postponed suicide]. [2]

I came to Cioran out of my own despair having come to a point in my own life when there was nothing left but suicide or the pen. There is something to the disquieting obstinacy of an intrepid spirit that seeks out a self-aggrandizing and ruthless self-examination of the darkest torments and self-doubts of the mind, then begins to ponder the ineluctable corruption at the heart of time in regards to all that is most decadent and monstrous; to know, to understand, to conquer those tendencies that would deign kill all that is most vital within us, and lead toward a bleakness at the heart of existence out of which shines the gall of a corrupted god. It is against this deadly spirit of negativity that all great writer’s must come to terms if they would continue beyond a merely parenthetical life; a life lived in brackets(i.e., no life at all; a haunted life, spectral and ghostly and invisible in its non-existence).

“I haven’t written with my blood, I have written with all the tears I have never shed. Even if I had been a logician, I would still have been an elegiacal man. Every day I relive the expulsion from Paradise with the same passion and the same regret as the one who was first banished.”

This alignment with the Prince of Darkness should not be seen as some mythical figuration of a fractured mind, but as the inner truth of a knowing mind that has discovered the black light of his own guiding thought; for are we not all, part and partial, victims of that ancient cosmic catastrophe we call creation in this monstrous universe. If one sees a closeness and rapport between the ideas of Cioran and the gnostics it is only a false resemblance; for Cioran’s gnosis, if he had one, is different, and far deadlier, closer to a counter-gnosis in the sense that he has admitted to himself that he too is one of those dark angelic powers who renounced their heavenly home and chose, willingly, the exile from being into unbeing – a darker annihilation of self and history:

“From denial to denial , his existence is diminished: vaguer and more unreal than a syllogism of sighs , how could he still be a creature of flesh and blood? Anemic , he rivals the Idea it self ; he has abstracted himself from his ancestors , from his friends , from every soul and himself; in his veins , once turbulent , rests a light from another world. Liberated from what he has lived, unconcerned by what he will live; he demolishes the signposts on all his roads , and wrests himself from the dials of all time. ” I shall never meet myself again, ” he decides, happy to turn his last hat red against himself, happier still to annihilate—in his forgiveness—all beings , all things .

Like some bodhisattva of anti-being he roams the blasted universe in triumph as the exiled one, the one without a home, homeless and full of annihilation for all things in their bleak majesty. Yet, his is not a an anti-cosmic gnosis, instead he, as David Larvey suggests, “his thoroughly skeptical solution to humankind’ s extreme alienation is not abandonment of the world; he seeks no transcendence. He counsel s humiliation: he seeks a return to, a sinking back into, the earthly. We are autochthons of this world, if we would only realize it.”[3] The paradisial realm from which humans fell, for Cioran, was not some heavenly abyss of light, but Nature itself, because humans “could not abide the peace and tranquility of life in nature (ibid. Larvey)”. Humans are vile and weak, unable to live within this natural realm they have invented gods and demons, strange worlds inhabited by angels and unbeing toward which they hope to someday to rise into leaving this broken world to its own devices. Cioran sees this as vanity and that humans are killjoys, wastrels, and miscreants: “Man is unacceptable.” (Drawn and Quartered 181).

Even the earth understands our inability to cope, the failure to adapt to our world, the corruption at the heart of human desire, our “temptation to Titanism” that threatens the Earth: “Our contortions, visible or secret, we communicate to the planet; already it trembles even as we do, it suffers the contagion of our crises and, as the grand mal spreads, it vomits us forth, cursing us the while” (Drawn and Quartered 57-58). Of religion he tells us that once “we have ceased linking our secret life to God, we can ascend to ecstasies as effective as those of the mystics and conquer this world without recourse to the beyond” (The Temptation to Exist: Dealing with the Mystics). So what of evil?

“—Absolute evil: a being thirsty for ruining our nature would uproot all the trees in spring, it would eat up all the buds, it would poison the springs to kill all the living beings in them, it would stop up all the wells to hear the hoarse voices of the birds, it would cover all the flowers so that it would see them dry and fade, and bent sadly over the ground. It would kick the pregnant women in their bellies to kill the beginning of life, the fruit, all that is fruit, and the virginsʼ smiles, it would freeze them into a grimace. To the lovers, in their sexual spasm, it would throw a cadaver, and to the newborns, even before they opened their eyes, it would fix black glasses into their orbs. On a black board the size of the world, it would leap towards the sun to stop its rays, make it laugh into an eternal night, without stars, a sun in mourning, forever dressed up in black. And this being passes ironically by humanity which waits in agony for the return of sunrays, and it smiles coldly to prayers raised towards the beclouded sky”.

Is philosophy dead, or just a form of it – the post-Kantian form in which Nature exists in and for a human subject? “We are in the margin of philosophy, since we consent to its end” (A Short History of Decay 36). He tells us that he “turned away from philosophy when it became impossible to discover in Kant any human weakness, any authentic accent of melancholy…” (ibid. 47). He calls us prophetically back to the elements in which like the pre-Socratics we must finally realize that our life is constituted by the same knowing “that it is the earth, fire, air, and water which condition us, that this rudimentary physics reveals the context of all our ordeals and the principle of our torments” (ibid. 50). Maybe the mystical philosophy of a Lao-tse might offer us a way out of our philosophical quagmire, for “Lao-tse, reduced to a few texts, is not more naive than we who have read everything” (ibid. 50).

Much rather is there a dark vitality within the cosmic underbelly of existence which forces us into a realization of pure disgust? “The approach of disgust, of that sensation which physiologically separates us from the world, shows how destructible is the solidity of our instincts or the consistency of our attachments. In health, our flesh echoes the universal pulsation and our blood reproduces its cadence; in disgust, which lies in potential hell in order to suddenly seize upon us afterwards, we are isolated in the whole as a monster imagined by some tetratology of solitude” (ibid. 58). Out of this disgust the renegade philosopher must “invent another genre of solitude, expatriate himself in the void, and pursue – by one exile after another – the stages of uprootedness” (ibid. 60). Homeless and solitary, set adrift the incommensurable incongruities of this unreal world the new philosopher moves toward a post-humanism without regret: “The human adventure will certainly come to an end… we need only look at man in the face to detach ourselves from him… Thousands of years of sufferings, which would have softened the hearts of stones, merely petrified this steely mayfly, monstrous example of evanescence and hardening, driven by one insipid madness, a will to exist…” (ibid. 72).

Maybe when a philosophy beyond the human, in which Nature is no longer merely for us arises we will begin to accept the dark truths of a Cioran, and at that defining moment “when no hope will reappear in men’s hearts, when the earth will be as glacial as its creatures, when no dream will come back to embellish the sterile immensity of it all. Humanity will blush to beget when it sees things as they are. Life without the sap of mistakes and deceptions, life ceasing to be a vogue, will find no clemency at the mind’s tribunal. But finally, that mind will itself give way: it is only an excuse in the void, as life is only a prejudice” (ibid. 90).

Roger Kimball has a balanced essay on Cioran published on the New Criterion website, The anguishes of E.M. Cioran worth reading.

5 thoughts on “E.M. Cioran’s Revenge: The Triumph of Failure”