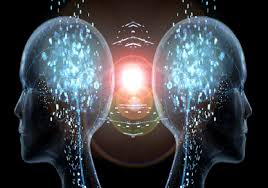 Levi Bryant recently argued against the notion that “relata do not precede relations” as Karen Barad in her recent book, Meeting the Universe Halfway, affirms. For her there is a distinct “ontological priority of phenomena over objects (Barad : 315)”. 1 For her an atom is not a separate object but rather an “inseparable part of the phenomenon”. In her understanding of scientific analysis it is the quantum entanglement between the “object” and the “agencies of observation,” that the key to any adequate ontological theory can be found.

As she states it:

“If one focuses on abstract individual entities the result is an utter mystery, we cannot account for the seemingly impossible behavior of the atoms. It’s not that the experimenter changes a past that had already been present or that atoms fall in line with a new future simply by erasing information. The point is that the past was never simply there to begin with and the future is not simply what will unfold; the “past” and the “future” are iteratively reworked and enfolded through the iterative practices of spacetimemattering-includ-ing the which-slit detection and the subsequent erasure of which-slit information-all are one phenomenon. There is no spooky-action-at-a-distance coordination between individual particles separated in space or individual events separated in time. Space and time are phenomenal, that is, they are intra-actively produced in the making of phenomena; neither space nor time exist as determinate givens outside of phenomena (Barad : 315)”.

If this is true then space and time are not categories of the mind as Kant argued, and neither are they Platonic forms situated behind the appearances of phenomenal reality; no, they are entangled within the very processes of phenomenon themselves as spacetimemattering. As she argues “the paradox arises out of the mistaken assumption that there are individually determinate entities from the outset; this assumption, which is the basis for classical physics, is precisely what is being called into question here (Barad : 316)”. Barad further explicates on this statement, saying:

“…entities are not separately determinate individuals but rather inseparable parts of a single phenomenon. In particular, there are no preexisting-individually-determinate-entities-with-determinate-spatial-positions-communicating-instantaneously-at-some-remove-from-one-another outside of a phenomenon that determinately resolves the boundaries and properties of the entangled components in a way that gives meaning to the notion of individual. Indeed, “individual” is ontologically and semantically indeterminate in the absence of an apparatus that resolves the inherent indeterminacy in a way that makes this notion intelligible (Barad : 316)”.

For her there are no real objects in Harman’s or Bryant’s sense of that term, instead all we have are the singularity of phenomenon. What is really going on is a battle between Object-Oriented Philosophy and a different type of metaphysics. OOO argues for intrinsic or endo/internal relations within objects (i.e., that there are real objects and these objects have relations between the real and sensual aspects of its own being). For Barad there are only exo/external exstrinsic relations of one type of object: the phenomenon. For her there are no real objects that precede the boundaries of quantum entanglement.

At the heart of her agential realist project is the questioning of quantum entanglements in terms of the specifics of relational ontology:  “…the fact is that these apparatuses of bodily production are intra-acting with and mutually constituting one another; that is, what is at issue is the primacy of relations over relata and the intra-active emergence of “cause” and “effect” as enacted by the agential practices that cut things together and apart. (Barad : 388-389)”.

Karen Barad’s theories seem similar to those presented by James Ladyman in his advocation of a metaphysical or ontic structural realism, namely the view that structure is what is real and that there are no intrinsic properties underlying structure. 2 As Ladyman (1998) envisions it “structural realism amounts to the claim that theories tell us not about the objects and properties of which the world is made, but directly about structure and relations” (422), suggesting that there is no need to admit objects in metaphysics (Ibid.). The structural realism of French and Ladyman rejects not only the claim that things have to be something in themselves, that is, must have intrinsic properties over and above the relations in which they stand, but also the claim that relations require relata, that is, things which stand in the relations (31-56). 3

Yet, against, Ladyman’s structural realism, Barad’s agential realism takes a much more modest approach to avoid the gap between epistemology and metaphysics: affirming instead that we can in principle know all there is at the basic level of the world; for what there is at the basic level of the world are relations of quantum entanglement. As she states it causality is an “entangled affair: it is a matter of cutting things together and apart (within and as part of phenomena). It is not about momentum transfer among individual events or beings. The future is not the end point of a set of branching chain reactions; it is a cascade experiment (Barad : 394)”.

I think the problem now is to work through the issues she presents in a methodical manner without dismissing her conclusions out of hand as some have. That scientific practice informs her philosophical vision is an aspect that I find enabling. I think that philosophy should at least begin to take into account the many scientific endeavors that inform our views about reality and its manifestations within philosophical practice without being subservient to those practices in themselves. Philosophy is the practice of wisdom not science, so for the philosopher we should recognize scientifc knowledge for what it is but not confuse it with our ontological theories. Neither science nor ontology should be reduced to each others theoretical categories, but should inform each others respective approaches to what we mean by “reality”. Do objects precede relations (OOO), or do they as Barad (agential realism) affirms only arise out of quantum entanglement? This is the question that ontology will need to answer for itself in its struggles with its own relations, be they internal or external, intrinsic or extrinsic to the matter at hand.

1. Karen Barad. Meeting the Universe Halfway: Quantum Physics and the Entanglement of Matter and Meaning.